HomeFeatured NewsTunisia: unvarnished diagnosis, a strategy but no castles on the air
Featured News 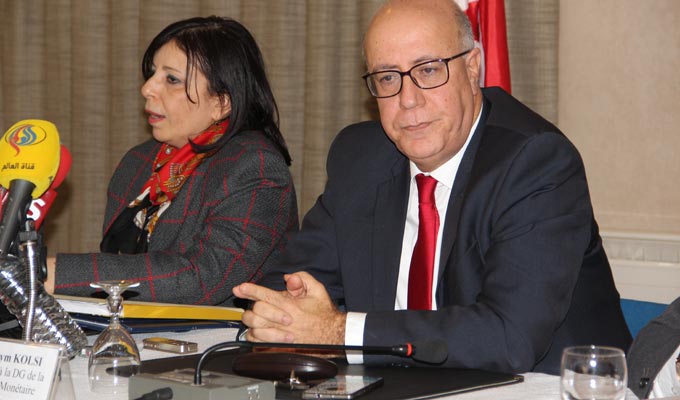 After a fast start, meeting with the banks to focus on the problem of liquidity and shape the sector’s policies, new governor of the Central Bank of Tunisia (BCT), Marwan El Abassi and his collaborators unveiled, on Thursday, March 08 ,2018, unveiled in front of the press the main axes of his plan of action.

The essential to get things back on the right track was there; it will be necessary to add a good dose of courage, a lot of imagination and tireless perseverance to get to the bottom of this issue. Because the economic situation of the country is complicated, perilous in many ways, and besides the boss of the BCT does not hide it.

The statement that was issued following the meeting immediately sets the stage: the institution in charge of the monetary policy of Tunisia assumes its responsibilities, all its responsibilities. “Law No. 2016-35 on the status of the Central Bank of Tunisia (BCT) clearly states that the central objective of the Central Bank is to maintain price stability,” says the text of which AfricanManager has received a copy. It could not be clearer.

Remain the means to reach the goal: “To achieve its goal of price stability, the BCT adjusts the level of its key rate, which directly affects, through the transmission mechanisms of monetary policy, the financing conditions of all economic agents and, therefore, growth and price stability, “the statement said.

The concern is that growth has not occurred in 2017, at least not at the level expected by the Prime Minister and citizens. It is not the 1.9% that will significantly restart the economic machine, fill the coffers of public enterprises and Treasury, inflate the flow of tax revenues, give jobs to young people, etc. This is the same for price stability.

Here too, the inflation that we had in 2017 and the one the BCT predicts for 2018 are very telling in terms of price instability.

“The operational framework for the implementation of monetary policy is designed to guide the overnight interbank interest rate to levels close to the BCT policy rate.

Indeed, the overnight rate has a direct impact on the average monthly money market rate, which is a reference rate widely used by the Tunisian banking system.

Therefore, the operational framework plays an important role in ensuring that the BCT achieves its objective of preserving price stability”.

Besides, El Abassi did not take much time to move in this direction, and very energetically. But it will take time to reap the benefits, at best in 2019. So patience…

As for the causes of this inflation which is rising and preventing the leaders of the country, but not them, to sleep, the BCT said the following:

“Inflation has been on an upward trend since the beginning of 2016, recording a sharp acceleration in February 2018 to reach 7.1% year-on-year against 4.6% in the same month of the year. The main factors underlying inflationary pressures are:

– The rise in world prices of commodities.

– The significant depreciation of the dinar exchange rate due to a growing current account deficit.

– The rise of many tax rates (VAT, consumption taxes and customs duties) according to the 2018 Finance Act.

– The increase in domestic energy prices.

– The increase in prices of private services (health, transport and others).

– The decline in domestic production of fresh food (persistence of low rainfall).

– The persistence of the disruption of distribution channels and the excessive price increase behavior”.

That is for the explanations. Now time for BCT’s recipe to correct all this for us and come up with upturn that will make everyone smile:

“Based on the leading indicators of economic growth and inflation forecasts, the central bank will take the necessary steps as part of a proactive monetary policy.

This monetary policy stance will help restore positive real interest rates to improve resource allocation and boost domestic savings. All in all, we expect banking liquidity to improve in line with the recovery of the national economy (current account, exports, tourism, FDI …)

Also, and as a main tool in the refinancing volume reduction strategy, open market operations in the form of outright purchase will be reactivated shortly “.

We dare it! Apart from perhaps two elements: First, the fact that dates and olive oil, two products that are by definition uncertain because they depend on the climate and the seasons, weigh so much on the country’s exports.

Tunisia deserves better than that, considering its talents; for example, a higher weight should be given to high value-added products, which depend on nothing other than the brain power and, above all, it brings in more! Ask the Chinese, South Koreans, Indians, etc.

Another downside: This focus on tourism, a sector just as random. The Bardo and Sousse attacks, alas, remind us again…

Remarks at high-level event on Libya