HomeNewsTunisia: US has agreed "in principle" to guarantee $ 500 million bond...
News 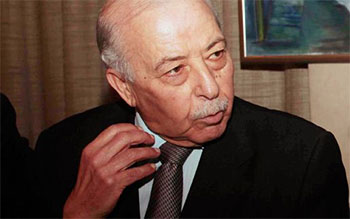 The United States has agreed “in principle” to guarantee a bond issue by Tunisia of about $ 500 million, said the Governor of the Central Bank of Tunisia (BCT).

In an interview in Cairo Chedly Ayari said that Tunisia could issue bonds guaranteed by the US this year to shore up its public finances which terrorist attacks have severely affected. He also said he does not rule out a decrease in interest rates to support growth as the drop in the inflation rate persists.

The amount of the issue has not been determined, but it could be around $ 500 million, said the Governor of the BCT adding that it is “very possible” that the Ministry of Finance borrows from the international market by the end of the year.

The support of the United States has allowed countries such as Tunisia and Jordan to borrow at lower costs after popular uprisings and conflicts in parts of the Arab world have widened even more budget deficits and led to a slowing economic growth.

The government is predicting a 1 percent growth this year, the slowest pace since 2011, after terrorists killed dozens of tourists in attacks in Tunis and in the tourist area of ​​Sousse. Finance Minister Slim Chaker said in July that the government will work to keep the budget deficit at 5 percent.

The yield on Eurobonds of 1 billion maturing in 2025 rose by 0.6 point to 6.22 percent since January, according to data compiled by Bloomberg.

Chedly Ayari said that the next decision of the BCT with regard to interest rates will be to lower them. “But we always keep an eye on the economic indicators, those of prices and consumption, and we’ll take some time to set their course,” he has said.

The central bank kept its key interest rate unchanged at 4.75 percent at the last meeting of its Executive Board in August.

Tunisia: everything is fine on the stock exchange except for 3...

Senegal: Accra to host the last round of preparations for the...