Tunisia: UTICA restores its balance and finally holds its Congress 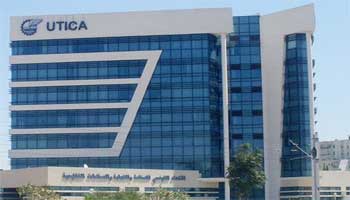 Delayed more than once, the 15th National Congress of the Tunisian Union of Industry, Trade and Handicrafts, was finally held on Thursday, January 17, undoubtedly, in order to make the voices of businessmen and especially their fears heard as high as possible.

While expressing understanding about the “reluctance to invest during this transition period,” Prime Minister Hamadi Jebali called on economic players to strengthen the pace of investment and anchor the values of work and self-sacrifice to serve the country’s interests, assuring them of his commitment to overcome the difficulties impeding the promotion of investment.”

He pointed to the efforts made by the government, including the establishment of a strategy to promote transparency, good governance and fight against corruption, in addition to the publication of the legal framework governing Public / Private Partnership (PPP).

He also highlighted the disadvantages of parallel economy which does not meet the rules of fair competition with the organized sector, saying that addressing this phenomenon requires consensus in taking bold decisions and responsible positions to preserve the formal sector.

The Prime Minister indicated that the main challenges of this transition involve “strengthening the confidence of all parties in state institutions and the fight against corruption which hinders economic and social development.” Most importantly, he stated that “the promulgation of the law on transitional justice will accelerate the pace of settling the cases of businessmen banned from travel.”

In this regard, outgoing president of the employers’ organization, Wided Bouchamaoui proposed to the government that the travel bans imposed on businessmen be replaced by other measures that do not paralyze the work of companies and this until the final settlement of this issue.

“It is inconceivable that businessmen have been deprived of their passports for a period of two years leaving their businesses going adrift without finding fair solutions to this issue,” she argued.

She also expressed the concern of Tunisian businessmen and investors about the phenomenon of informal economy, stressing that “this scourge” is expanding every day into new sites, causing the shutting of businesses and dismissal of workers.

The Tunisian economy, she said, “is still in a dangerous situation and the battle waged by private sector to help save the national economy will continue although this battle is more complicated today.”

Mrs. Bouchamaoui reviewed the stages through which the employers’ organization has undergone after the Revolution, saying that “they were difficult and the reorganization of the UTICA after the recorded disturbances has not been easy.” She noted that “UTICA has restored its balance.”

The outgoing president of UTICA also noted that “the employers’ organization will remain an independent national organization away from political wrangling and distant from all political parties.”

Works of the 15th Congress will be marked by the election of the new Executive Board of UTICA (31 members), according to the new status of the employers’ organization adopted at its Extraordinary Congress held on December 18, 2012.

However, delegates of inland areas including Kasserine, Kef, Beja, expressed their dissatisfaction with their sub-representation in the Congress and the structures that will emanate from the elections.

Abdallah Fridhi, from the Chamber of Bakers deplored the political marginalization of the region. Representatives of Kef and Sidi Bouzid went as far as threatening to boycott the Congress for the same reasons.

The representative of Beja, meanwhile, said bitterly that the die is cast and 80% of representatives of the Union’s chambers have been there for 20 years.

Other topics were discussed, including the employers’ union neutrality vis-à-vis all parties and political movements, good governance and respect for the rules of democracy and transparency during the congress to bring out governing bodies able to meet the challenges that lie ahead.