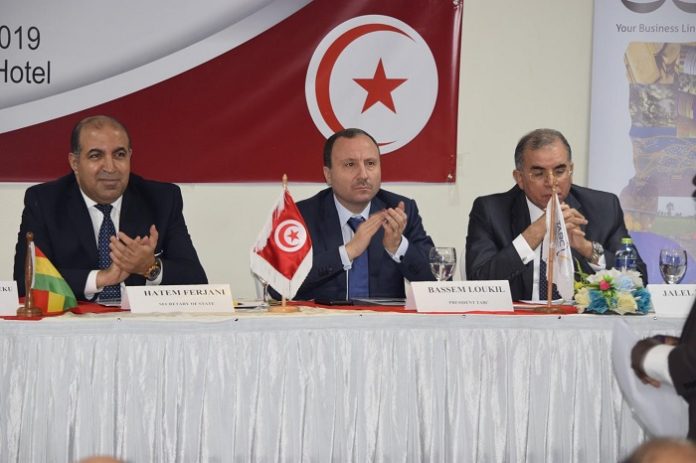 As part of the Tunisian multi-sector prospecting mission to Ghana organized by the Tunisia-Africa Business Council (TABC) from January 14 to 17, the Tunisian delegation, headed by Secretary of State to the Minister of Foreign Affairs in charge of Economic Diplomacy, Hatem Ferjani, actively participated in the “Tunisia – Ghana Investment & Trade Economic Forum”

The Forum was attended by a large number of Ghanaian officials including Minister of Trade and Industry Carlos Kingsley Ahenkorah, CEO of the National Chamber of Commerce and Industry Mark Badu-Aboagye, CEO of the Ghana Investment Promotion Center, Yofi Grant, as well as many businessmen and economic operators in this country.

In addition to the inaugural ceremony during which Ghanaian officials presented the business climate and investment opportunities in this booming country, the Forum’s program included well-targeted networking meetings as well as B2B meetings followed by visits to businesses.

The Tunisian delegation is made up of about forty businessmen divided between several sectors, namely the mechanical and electrical industries, metallurgy, agro-food, higher education, health, infrastructure and construction, telecommunications and building materials.

This mission of businessmen, the first organized by the TABC in an English-speaking country, is added to those already carried out in other countries of the continent.

Tunisia on its way back to economic growth (OBG)