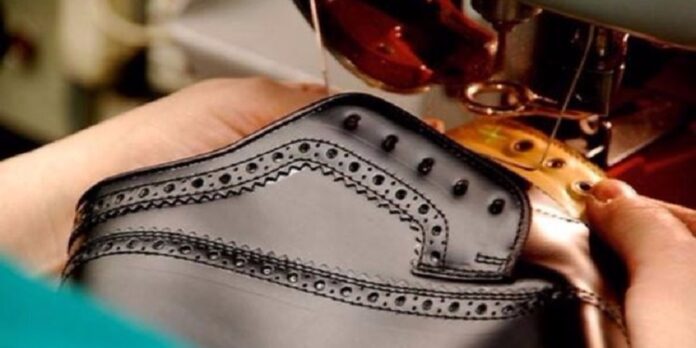 Leather and footwear Exports saw a 30% increase, during the first eight months of 2022, with an estimated value of 1.2 billion dinars, said Akram Belhaj, president of the National Federation of Leather and Footwear.

The same source said in a statement to “African Manager” Thursday, October 27, 2022, on the sidelines of a press conference on “public procurement of footwear and similar manufactured items in limited quantities,” that the sector is scoring positive results, but many problems prevent its further development. Many companies have become threatened with closure in connection with the worsening phenomenon of trade in second-hand shoes, “the thrift store”, although it is prohibited by law, he noted.

Belhaj called for stopping the random supply and finding ways and solutions necessary to ensure the sustainability of the sector.

Following the COVID-19 pandemic crisis and the continuation of the Russian-Ukrainian war, foreign investors have expressed their willingness to settle r in Tunisia, but the scarcity of skilled labor in addition to administrative procedures have represented a major obstacle, said the president of the federation.

He noted that the number of manufacturers and artisans was about 15 thousand but it has regressed to one thousand to date.

According to the latest statistical indicators, the sector currently provides 28 thousand jobs, against 45 thousand in recent years, said Akram Belhaj, stressing that the lack of skilled labor is a major obstacle to the recovery of the sector.

The same source said the Chamber has submitted a set of proposals to the Minister of Employment in order to discuss the issue at the level of vocational training centers.

“We have lost a lot in recent years because of the state policy on employment and vocational training … Factories today do not find alternative to the competent workforce that has retired,” he said.

Belhaj also added that the government decree No. 571 of 2020 on procedures governing the sector of footwear and similar manufactures, effective since August 21, 2021, is intended to regulate the sector in terms of quality assurance, as it stipulates that it is mandatory to put a technical label on the shoes bearing the name of the country of origin and the composition of the product and the brand to preserve the health and safety of consumers.

He also stressed that the application of this regulation means that locally manufactured or imported shoes have been subjected to physical and chemical analysis.

In response to a question about the procedure for adopting the system of prior control on procurement operations and its contribution to limiting the trade of footwear on the parallel market, Akram Belhaj said the government is called first to implement the laws that exist for years and activate them on the ground to protect the sector before announcing new decisions.

“The law strictly prohibits the import of used shoes, but this law does not apply. The law also prohibits the sale of shoes on the Tunisian market without the technical card, while much of the product offered does not comply with the specifications … Therefore, before taking new decisions, the government must commit to implement the above, “he said.