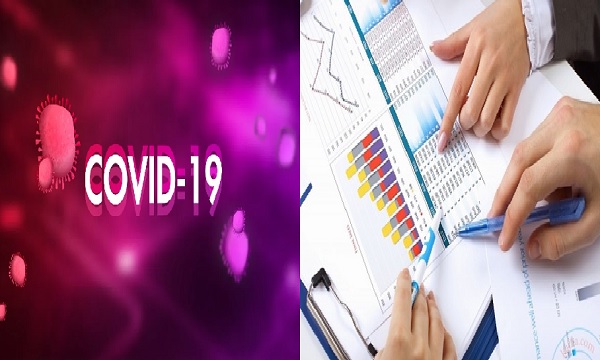 The note reports a slowdown in international economic activity, and highlights the effects of the restrictive stance of monetary policy, which favors the acceleration of the rate of inflation and the easing of tensions on the current trade balance and the foreign exchange market.

Since its emergence, the coronavirus has cast a shadow over the outlook for the global economy.

The consequences of an extension of the measures to contain this pandemic on a global scale are also harmful for the Tunisian economy.

Despite the slowdown in growth prospects in 2019, Tunisia’s economic indicators showed some recovery in 2019, with the deceleration of inflation, the decline in the budget deficit, the gradual recovery of tourism and the relative improvement in external balances reflected in the consolidation of foreign exchange reserves and the appreciation of the dinar.

On the public finance front, the situation remains delicate, despite the downward trend in the budget deficit.

The weakening of economic growth makes it difficult to achieve the objective of convergence towards a deficit of -3% in 2020.

▪ In 2020, the government hoped to achieve a growth of 2.7% (against projections of 2.4% for the IMF) thanks to an expected improvement in agricultural activity (good olive oil harvest in 2020) and the recovery of non-manufacturing industries (increase in phosphate production and the entry into operation of the Nawara and Halk El Menzel fields).

According to Tunisie Valeurs, “it is difficult to make a numerical statement on the economic consequences of the spread of the coronavirus pandemic in the world on Tunisia.

But, given the beginnings of a downturn in global demand, the consequences of this pandemic will be globally harmful.

Inflation trended sharply downwards in 2019, averaging 6.7%, compared to an average level of 7.3% in 2018. This trend is the result of the tightening of monetary policy (raising the key rate by 100 basis points in February 2019) and the appreciation of the dinar against the major currencies.

▪ Despite the deceleration in prices, the BCT considers that core inflation remains at high levels. The issuing institute remains vigilant with regard to price developments over the coming period.

▪ The latest forecasts by the monetary authority point to a continuation of this gradual easing in the pace of consumer price inflation in the years ahead. They expect an average inflation rate of 5.3% in 2020 and 2021.

In our opinion, the analysis of the evolution of exports and imports raises two worrying observations:

This slight improvement is mainly due to the rise in export prices. In real terms, exports in 2019 showed a marked decline of -5%.

▪ The sector breakdown of exports in volume terms shows an almost generalized drop, albeit to different degrees.

The first exporting sector, namely electronic and mechanical industries (44% of total exports in 2019), saw a 2.4% decline in export volume. This underperformance is marked, in

particular, by the fallout from the slowdown in the automotive sector in the Euro Zone since mid-2018.

Moreover, the textile industry sector (20.5% of total exports) has not been spared the repercussions of the decline in production in the Euro Zone.

In 2019, the volume of its exports fell sharply by -6.2% after an increase of 2.5% in 2018. In view of these underperformances, the rise in value chains is an absolute necessity for the Tunisian economy.

Excluding the price effect, imports in volume contracted by 9% against a 1% increase in 2018. With the exception of the energy sector, all sectors of economic activity posted declines in import volumes in 2019.

The BCT reports that the decline in imports of raw materials and inputs for the productive sector is worrying and does not bode well for a rapid recovery in activity.

That finding is corroborated by the industrial production index published by the INS.

According to the institute, industrial production in Tunisia recorded a near stagnation in 2019, for the second year in a row.

▪ On the current account side, the improvement in tourism receipts (€1.8 billion in 2019, the highest amount since 2010) and the rise in labor income (+14% to €1.5 billion) partially offset the impact of the widening trade deficit on the current account balance and foreign exchange reserves.

▪ As for foreign exchange reserves, they consolidated significantly in 2019, reaching US$7 billion (or 111 days of imports), after three years of continuous declines.

▪ Since March 2019, the foreign exchange market has operated under relatively calm conditions that have allowed the dinar to gain resilience, appreciating by 8% against the euro and 7% against the dollar.

4) A tightening of credit and easing of banks’ liquidity needs

▪ The average liquidity needs of banks remained on a downward trend in December 2019, at around 11.8 billion dinars compared to 16 billion dinars a year earlier.

Provisional results of the implementation of the 2019 state budget

The tax burden rate continues its upward trend, reaching 25.3% in 2019. A comparison with countries such as Morocco (a tax burden rate of 22.5%) and Egypt (14.5%) provides a better understanding of Tunisia’s situation.

It should be recalled that in 2020, the government is counting on a collection of tax revenues of 32 billion dinars (up 9% compared to 2019) and on the mobilization of 11.4 billion dinars in loans (78% of which from external markets).

The slowdown in the outlook for the national economy makes the assumptions of the State budget and the objective of reducing the budget deficit difficult to achieve: a reduction of the deficit to -3% in 2020 and a public debt of 74%.

▪ The reduction of the State’s debt could only begin with efforts to consolidate public enterprises and the gradual emergence from the low growth trap so that the government can replace recourse to debt with more sustained own resources.

▪ In February 2020, Moody’s revised the outlook for Tunisia’s sovereign rating from “negative” to “stable” while maintaining the rating at B 2.

The rating agency justified its decision by the decline in the level of risk associated with macroeconomic stability due to the narrowing of the current account deficit, the improvement in the stock of foreign exchange reserves and the decline in the public debt burden.

▪ Fitch Ratings has sought to be more cautious by maintaining Tunisia’s sovereign rating at “B+” and its “negative” outlook.

However, it underlines the “worrying level” of the current account deficit, the “low fiscal and external safety margins”, the “very low” levels of economic growth” in a difficult political context” and the “strong social opposition to the implementation of reforms”.

EU to build jatropha plant for biofuel in Ghana

Nigeria: Aviation parastatals to be merged