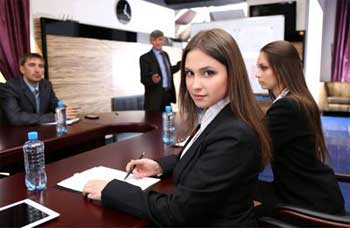 The UAE has strengthened its position as the region’s most popular destination for expatriates over the years and 2014 will be a year of stronger employment growth and higher salary rises, said a survey by online recruitment firm, GulfTalent.

Across the GCC, more companies are expect to increase their headcount in 2014 compared with last year, stated the 2014 edition of “Employment and Salary Trends in the Gulf”, released today by GulfTalent.

Saudi Arabia was the leader in job creation in 2013, with 62 per cent of companies increasing their headcount last year. The Kingdom was followed by the UAE and Kuwait.

This year, 75 per cent of companies in Qatar will create jobs, said the GulfTalent in its survey. “The positive development is primarily due to the execution of major infrastructure projects gathering momentum, partly in preparation for the 2022 World Cup,” it added.

Next are companies in Saudi Arabia and the UAE, with 63 per cent and 57 per cent of companies looking to create jobs respectively.

Even companies in Bahrain are showing signs of improvement in job creation as the political situation stabilises further: About 30 per cent of companies expect to increase their headcount, compared with only nine per cent in 2013, said the report.

Of the sectors, healthcare, telecom and retail enjoyed the largest headcount increase last year, it added.

Healthcare topped the table with 80 per cent of companies having created jobs in 2013, driven by heavy government investment in the sector and more countries making health insurance mandatory for employers, according to the survey.

The telecom and retail sectors competed for second position, it added.

According to the survey, this year more companies were expected to hire staff than in 2013 with Qatar, Saudi Arabia, and the UAE lead job creation.

Another key finding of the survey was that private sector salaries would be rising at a faster pace this year compared to 2013 for most of the countries in the region.

Hospitality and retail will dominate job growth in 2014. 61 per cent of companies in the hospitality sector are planning to increase their headcount, as they expect 2014 to be a year of growth for the industry.

As regards the retail sector, 57 per cent of firms will create jobs, driven by the region’s rapid population growth and increasing penetration of retail outlets in more remote locations.

Across most of the GCC, private sector salaries are forecast to rise at a faster pace in 2014 compared with the previous year.

Oman, where employees are expected to enjoy an average pay increase of 8 per cent, leads the field. Saudi Arabia has the second highest rate with a projected average increase of 6.8 per cent, followed by Qatar at 6.7 per cent and the UAE at 5.9 per cent.

Kuwait and Bahrain are forecast to have the region’s lowest salary increases – projected at 5.8 per cent and 3.9 per cent respectively. While the salary increases are higher than the previous year, they continue to be below the levels seen before the crisis, said the GulfTalent’s survey.

According to GulfTalent’s report, the UAE has further strengthened its position as the prime destination for expatriates in the GCC.

Optimism about the country’s future has increased following Dubai’s economic recovery and successful bid for hosting the 2020 Expo. Expatriates also continue to value the UAE’s stability, especially as parts of the wider region remain plagued by tensions.

Not surprisingly, Dubai and Abu Dhabi are the region’s most attractive cities, followed by Qatar’s capital, Doha.

The GulfTalent’s report is based on an online survey of 800 employers and 34,000 professionals, as well as 60 interviews with executives and HR professionals.

Only $8.8b of Nigeria’s $43.6b foreign reserves available