Without reforms, transition to democracy would always be compromised, says Abdelbasset Ben Hassen 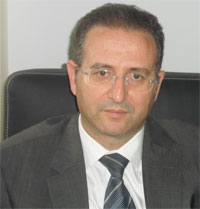 Assessing the situation now faced by Tunisia, Abdelbasset Ben Hassen, President of the Arab Institute for Human Rights (AIHR) said the society suffers from a neglect of economic, social and cultural rights and the proliferation of serious phenomena that threaten its cohesion. According to him, a plan to reform institutions is absolutely necessary since without this reform, the transition to democracy would always be compromised. Interview:

The Institute has chosen a new strategy focusing on regions and various institutions to build the culture of human rights among all citizens. Do you have the necessary resources or even the support of other organizations to achieve this goal?

The Institute has developed a new strategy which considers that human rights must be at the heart of political, economic, social and cultural transitions in our country and that the marginalization and the sidelining of freedom can lead our country to despotism, anarchy and dictatorship.

It is in this perspective that we have focused our new approach on a new slogan: “Education of the Culture of Human rights for All.” This strategy considers that the culture of human rights is a common need for all citizens and all social classes.

To do this, a national plan of human rights education must be implemented by all government and non-government actors, and a real investment in human and material resources need to be accomplished.

It is for this reason that the AIHR has developed a national plan for human rights education, and this in cooperation with UN agencies: UNESCO, UNICEF, UNDP, UNIFM and the High Commissioner for Human Rights.

The institute aims to promote a new spirit of partnership and networking to develop the idea of an egalitarian free and fair society. Another initiative is part of this collaborative approach, namely the establishment of the network of civic culture. It is a network that will help share opportunities and resources to defend and promote civic culture.

It is this new approach that we are developing with our partners. It would help solve the problem of limited and insufficient resources allocated to activities and programs for human rights education.

What is your view then on the level of human rights in Tunisia?

The Tunisian revolution was distinguished by its peaceful methods and humanistic slogans: justice, dignity, freedom and equality.

Significant progress has been made over the past three years, consisting essentially of the development of what I call the margins of freedom. In this context, we may cite freedom of expression and freedom of assembly.

However, these progresses may remain fragile and prone to all forms of regression, they are not backed by real reforms of laws and institutions as well as mechanisms and institutions for monitoring and control.

We enjoy some civil and political rights, but the Tunisian society suffers from neglect of economic, social and cultural rights and the proliferation of serious phenomena which threaten its cohesion. There are also political violence, terrorism and extremism.

It is for this reason that we need a national awakening that reflects people’s orientations in strategic programs that give more importance to employment, education and justice between regions.

In addition, important social groups such as women and children should receive more attention from the nation and policymakers.

You insisted on reforms. Can you give us more clarification?

The transition experienced by Tunisia requires a plan of institutional reforms. Without this reform, a transition to democracy would always be compromised.

Legislation reform, the establishment of oversight institutions and reform of institutions such as security, justice and the media represent a cornerstone of a possible transition to a fair society.

Indeed, the violations of civil, political, economic and social rights that persist in society are symptoms that prevent citizens from believing in their rights.

The AIHR has played a leading role in drafting the constitution. What would be your task especially in this period?

Civil society organizations have played a remarkable role after the revolution and have actively participated in the drafting of new laws and the preparation of new elections and the implementation of the citizenship education program.

These organizations are in a leading position by proposing reform policies, laws and institutions while playing a key role in the National Dialogue. Women’s and youth organizations have even participated in protecting the country against episodes of violent uncertainty that threatened the gains.

These organizations are called upon today to develop their activities and strategies to inscribe their actions in time and become a key player in the political, social, economic and cultural life.

The constitution has been improved thanks to a positive action of the country’s society and elite.

The current challenges require the development of a strategy that turns the principles of the constitution into a system of protection of rights and freedoms.

It is for this reason that we need to ensure the development of legislation that would actually enshrine rights in society. Add to that the reform of institutions that monitor the implementation of rights and governance and allow citizens to participate in decision making.

A major effort is needed to educate citizens about the constitution by allowing them to understand its positive points.

However, it is important to mention that the constitution also has negative points that require a lot of vigilance on the part of society. Among these points, there is also the right to life that remains ambiguous and the freedom of conscience.