HomeFeatured News2019 election year, between the deep-seated fear of Ennahdha and the dangers...
Featured News

2019 election year, between the deep-seated fear of Ennahdha and the dangers of the economic crisis 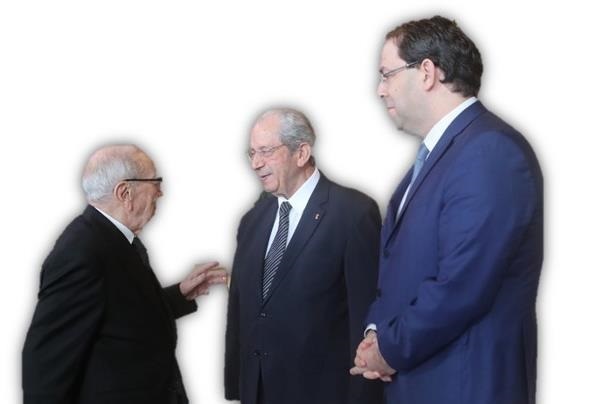 The Parliament has finally elected, after a political psychodrama of several months, a president for the ISIE, the only institution responsible for organizing the next elections.

Already, some say that Nabil Bafoun is close to Ennahdha and others that he would be close to Youssef Chahed.

This is to say the polarization that already marks the second elections of the second Republic in Tunisia.

The next elections do not yet have a fixed date and could take place, for the second time, outside the supervision of a Constitutional Court that has not yet been elected. This is another anomaly of a Republic always sick of its Constitution.

Ennahdha, the only big bad wolf and unique electoral program

These elections might, again, have as single electoral program to be or not to be with Ennahdha.

This is the only idea that emerges from the political quarrels between the contenders in the two palaces, Carthage for the presidential elections and Bardo for the legislative elections.

This is at least the only line of attack of the Head of State and the party of his son, Nidaa Tounes, who has recently made the umpteenth use of it on the columns of an Arabic newspaper in an interview shared on the official page of the presidency where the publication was sponsored.

It is true that Nidaa still cannot move in the direction of the organization of the congress which is supposed to restructure it and get rid of Hafedh Caïed Essebsi.

As with Nidaa, one of Mohsen Marzouk’s earliest statements about the Tahia Tounes party was to that his only opponent will be Ennahdha.

Nidaa, like Tahia Tounes, is currently waving the scarecrow of Ennahdha as a political program to attract the sympathies of the next voters in Tunisia.

Otherwise, all the political attention in Tunisia is focused on the new party of supporters of Youssef Chahed.

Vilified by Nidaa and the rest of the political sphere, the party that should lead to a presidential candidate who would confirm Chahed in Kasbah, Tahia Tounes, benefits, in the silence of Slim Azzabi and Youssef Chahed, of a free publicity.

Like Nidaa, Tahia Tounes, focuses for the moment on its congress which should thus give body to the political entity that should carry the ambitions of the current government.

That party is for the moment the only one with Ennahdha to scare the Tunisian political sphere.

Economics and finance, the missing ones in pre-election debates

That sphere lends for the moment in its first pre-election declarations only little attention to the economic and financial situation faced by Tunisia. That situation should play a key role in the choices in the next legislative and presidential elections.

With GDP growth expected to exceed 3% in 2019 and several conditions not yet met, an inflation rate of 7.5% and that should reach at least 8% this year, a global debt ratio approaching 80%, a trade deficit that exceeds the 18 billion TD and a payroll that the labor organization wants to increase even more by strikes, the economy still does not seem to interest the politicians. In any case not the few who are already in the starting blocks for the next elections.

Many still think of removing Chahed from La Kasbah to put a caretaker PM. No one thinks, for sure, of the best way to help the current Prime Minister heal the rifts of public finances, to carry out the programs promised to the interior regions and even less to contain the water hammers of the UGTT to explode the payroll that feeds inflation and munch the purchasing power of Tunisians.

Inflation rises to 4.45% in February over higher food prices in...