HomeFeatured NewsThe right projects of Battikh, for Rades, Bizerte and Sfax, where some...
Featured NewsInterview

The right projects of Battikh, for Rades, Bizerte and Sfax, where some are swimming in troubled waters 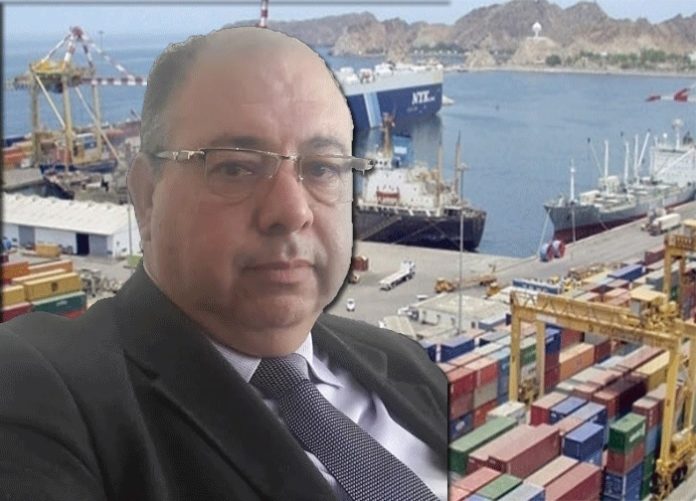 The OMMP, the Merchant Marine and Ports Office, is one of the few public companies that remain profit-making, despite a workforce of 1363.

In 2017, the office achieved a turnover of 200 MD, of which a net profit of 7 MD. The Office is also the leading investor in port infrastructure, which is so important for Tunisian foreign trade and its projects are numerous. AfricanManager spoke with CEO Sami Battikh, who is not afraid to also talk about the difficulties of some investments.

What do you expect in Sfax, another important commercial hub for Tunisia?

We have started rehabilitation works like the port of Sousse. A priori, we have a land base spread over 13 hectares near the region of “Taparura” (a former oil site), in which we will operate 600 meters of linear dock, behind the open areas.

We have problems in this region. There is indeed a third party who wants to take some of these quays to build a chott in Sfax.

For us, our first orientation is to build a container terminal there. After a series of meetings organized in Sfax governorate in the presence of the civil society and the governor, it was decided to build a new Sonotrak ferry terminal which represents a pressure at the transit level in this region.

In addition, there is a danger for Sonatrak ships entering the port. Therefore, the idea is to transfer the ferry terminal from Sonotrak (New Kerkennah Transport Company) to the “Taparura” area.

We will build other wharves, a ferry terminal and a road; at least, we are doing something modern in this area to cope with congestion and to reduce queues.

So the study did start in 2019, and we hope that the implementation of this maritime project will start in 2020.

How much does it cost to complete this project?

Does the company Sonotrak have the financial means for this project?

We have started the master plan while coordinating with Sonotrak, and as a port office, we are ready to start the work. The technical studies will start this year.

Yes of course. With regard to the second project, and when we talk about the port of Sfax, we intend to make a connection with Skhira, where there are the NPK plants, of which we are going to exploit 23 hectares. The office’s project is to transfer the activities of the NPK plants to Skhira. We will recover the quayside surfaces and berths that will be dedicated to solid bulk traffic.

Is it your own vision?

Yes, it is the vision of the OMMP. We presented this approach to the line ministry. Moreover, we have a study for the Skhira, but it is blocked by the unions of the Sahara pipeline transport company (Trapsa).

The port of Skhira will be dedicated to the traffic of hydrocarbons and chemical products, including the chemicals of Sfax, and of course we want to develop that port to have terminals there, containers and general cargo … So that is our vision for Skhira.

What do trade unionists want?

They want the Skhira port concession to stay with Trapsa and not with the OMMP office. They want the State to grant the concession to Trapsa, while we have told them that it is the port office that grants the concession for the Trapsa hydrocarbon terminal. I remember that Trapsa is a public institution (…) in my opinion, things have not made progress for a year and four months.

Where is the problem exactly?

They want to be left alone in this area, because the salaries at Trapsa are higher, compared to those of the ports office, because if they are at the port office, the port authority (the harbor master’s office, tugs, steering…) will be at the office and these employees want to keep the benefits of Trapsa.

Is the NPK plant for relocation?

The Skhira port master plan study is co-financed by the Chemical Group where it plans to relocate its activities. The only problem is of a trade union nature. Will they accept to leave Sfax to move to Skhira or not? The chemical group is aware of all this. The proof is that it finances the study.

The berths to be reclaimed, 23 hectares, will be used to create a general cargo terminal.

What remains is all the North shore of the port of Sfax that which will be reserved for the traffic of the containers and rolling units.

We will build a grain terminal in the old quays of Sfax. Why? Because the median is located in front of the old quays of Sfax, the municipality will benefit from 18 meters to widen the road in front of the port. So there will not be large areas and that is why we will operate the medians for a grain terminal with silos. This is the project of the port of Sfax. But currently, the medians are in a good condition, we have redeveloped all of them and it is the same for those of Gabes, Zarzis (refurbishment of the docks and creation of a ferry terminal).

I note that daily meetings have been held in Zarzis, and we will bring regular lines to the port of Zarzis, which will reinforce the traffic in this port. We hope to confirm our success to launch a second line of ferries between Italy and Zarzis by the end of the current month.

Apart from the Port of Enfidha, what are the projects that will soon be carried out by the OMMP?

For me, the biggest project is the port of Rades, as ordered by the Prime Minister, so we are working on quays eight and nine, they are important because the problem of the Port of Rades is that it was specially designed for Ro-Ro traffic.

Since its creation, the port of Rades treats more containers than rolling units. It is therefore necessary to separate these two traffics, hence the importance of quays 8 and 9 while adding the 6 and the 7, we will have a Ro-Ro terminal 1 to 5 and a container terminal 6, 7, 8 and 9 more to achieve international profitability.

It is therefore necessary to use gantry cranes and we cannot currently equip the stations 6 and 7 of gantry cranes, since their resistance does not allow it.

The project consists in the construction of 530 meters of quay line and the reinforcement of the current quay 7. Thus we will have a total of 680 meters of quay with 6 Panamax gantry cranes.

The medians will be equipped with 21 RTGs, which will achieve an hourly output per berth of 50 containers and triple the storage capacity of the port while bringing the storage areas closer to the berths and automating the management.

The counting of the offers is finished. The construction contract will be signed during the month of February and work will begin at the end of April and beginning of May.

And what about financing?

It is for the OMMP ports office.

They will be granted in concession of course?

For us, the laws are clear, for each call for tenders, we must provide for competition. A study at the World Bank and confirmed by another study at AFD, shows the need for a single

operator of the container terminal and that the concession must be granted to STAM, which must associate with a private partner.

The investments for the creation of this container terminal are 200 million dinars for the port office and 300 million for the future operator (gantry cranes, RTG and solid land development).

So you cannot get rid of STAM?

No, we cannot. If the program will be implemented and with the presence of a public-private partnership and build gantry cranes, the yield will be multiplied by 6.

It does not have the financial means?

That’s why I said we need to find a public-private partnership. STAM is efficient especially in Sfax, it exists and it has a client portfolio.

The second project is the port office fleet, which is very old (tugboats and piloting). Our tugs are old and they are between 36 and 45 years old, which is a danger to the berthing vessel, so we have a program to acquire 6 new tugs with a cost of 135MD. The tender is completed, it will be presented to the high commission tenders, and early February, we will sign the contract.

There are also two other projects at the port of Rades: a multi-bulk dock and we are going to build a new bulk pier with a length of 200 meters at a cost of 37 MD and the call for tenders is in progress.

Third thing. We have an oil quay in Rades, and we are redeveloping it completely. Work began two weeks ago. The last project will be launched in BOT (Build-Operate-Transfer) format to build a grain dock on a plot of two hectares. In front of this land, one can build a grain quay of 200 linear meters. We will launch a national and international tender in BOT.

So the future concessionaire will have the right to build a 200 meter quay and two hectares of land. It must also have loaders, conveyor belts and build a silo of 50 thousand tons.

The objective is to eliminate demurrage and achieve economies of scale and thus reduce the cost of grain imports.

When will the tender be launched?

In the coming days, we will present a file to the Cabinet meeting. And as soon as we receive the agreement, we will launch the invitation to tender in BOT.

And what are you planning to do in Bizerte, which is preparing a new bridge?

For the port of Bizerte, we have the project of a second oil quay. We are just waiting for the completion of the technical studies and we will launch the tender for a project at 70 MD. We

will have two oil docks and not one, at the disposal of our client the STIR. We will then still have four projects. A project below the new bridge that will be built, we have 13 hectares near the Bizerte cement plant.

We want to build two berths and two terminals. We are finishing the studies, the business plan and they will be granted in BOT for the one who wants to exploit the 13 hectares.

The choice of the activity is open for the interested person and we will study all the proposals. The BOT tender will be for the berth, the medians and the equipment. A second project in BOT will concern the maritime terminal on the Zarzouna side, for a terminal that will house the Ropax vessels, to reduce pressure in the port of La Goulette. The port of Bizerte will allow us to accommodate ships from Marseille or Genoa, while gaining four hours from La Goulette. The place is attractive.

The last project is to expand the port of Bizerte by three hectares and to make another berth. We asked the STS (Tunisian Sugar Company) to reveal its future direction in this activity; we are waiting for the master plan.