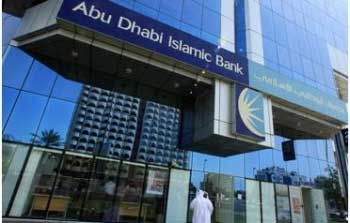 The EGP958 million improvement in net income marks the first year of positive net income since the Emirati consortium acquisition in 2007.

Further, ADIB-Egypt delivered EGP156 million gross revenues in the fourth quarter (Q4) of 2013, with an increase of EGP40 million or 34.9 per cent better than the same quarter in 2012. Net Profit reached EGP34 million in Q4, representing an increase of 106 per cent compared to same quarter 2012.

The balance sheet continued to grow, with total assets of EGP16.4 billion, an increase of 12.6 per cent over 2012 driven mainly by a 23.8 per cent growth in customer finance, compared to circa 9 per cent total market growth, while Total Deposits increased by EGP1.6 billion, or 14.4 per cent to reach EGP13.1 billion as of December 31, 2013.

“ADIB-Egypt continued its steady performance and achieved considerable progress in its financial results. The 2013 results marked the first year of positive net profits since the Emirati consortium acquisition in 2007,” said Nevine Loutfy, CEO and Managing Director of ADIB- Egypt.

“The significant improvement is due to the full implementation of the restructuring plan. The plan helped develop a sharia compliant diversified portfolio and new products and services that cater to customers’ financial needs.”

“The positive results we were able to achieve in 2013 mean that we are on the right track to occupy a leading position in Sharia compliant banking products and services. Accordingly, we developed an ambitious plan for 2014 with a customer centric focus,” Loutfy added.

ADIB-Egypt won the IFN Best Islamic Bank in Egypt for the fourth consecutive year and added a new award for the first time, namely the Best Mudarabah Deal for the year 2013. ADIB-Egypt also made the Bloomberg list of the largest managers of Shari’a compliant finance coverage in EMEA 2013.

Kuwait in talks to renew oil supply to Egypt

Kuwait is in talks to renew some of its contracts to supply oil to Egypt and has been looking for potential investments in the energy sector there, the Gulf state’s oil minister said on Monday.

Egypt has been relying on crude deliveries from the Kuwaiti government at favourable terms as well as on donations of gasoline and diesel from Gulf Arab states to help reduce the drain on its foreign exchange reserves and the heavy costs of government fuel subsidies.

Kuwait’s al-Seyassah newspaper reported on Sunday that Kuwaiti and Egyptian officials were due to meet to agree on details of supply contracts.

The newspaper said Kuwait would supply 2.25 million barrels of oil and 1.2 million tonnes of petroleum products per month from the beginning of May next year.

Asked about the reported meeting, Kuwaiti Oil Minister Ali al-Omair said: “It is actually for the renewal of some of the contracts, which need to be renewed, and to look if there are any chances for investment in Egypt regarding the oil sector.”

Speaking on the sidelines of an oil conference, Omair said the two sides discussed renewing the oil supply contracts but no decision has been taken so far.

“This is of course a long-term decision. Some of them will be renewed, some of them will not renewed nowadays, but we have to look for the future,” he said, without giving more details.

Egyptian Oil Minister Sherif Ismail told Reuters in February that Egypt would need to import an additional $1 billion worth of petroleum products and secure significant natural gas supplies as it scrambles to meet energy needs for the summer.

In July last year Kuwait pledged $4 billion to Egypt, with a $2 billion central bank deposit, a $1 billion grant and $1 billion in oil products. This was separate from the oil supply contracts.

US supports power supply from Mainland Tanzania to Zanzibar Island