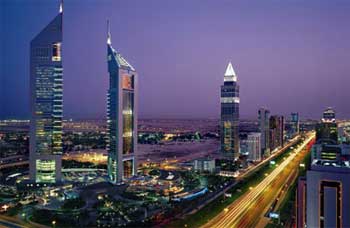 Dubai’s residential real estate sector witnessed increased prices and rents across all areas in the first quarter of this year, with rates growing faster in secondary locations, a report said.

The residential market maintained its momentum with average prices increasing 33 per cent Y-o-Y and average rents improving 23 per cent Y-o-Y. While the market remains shy of its 2008 peaks in most locations, prices in some areas have now reached peak levels. Prices are expected to continue their upward trajectory over the remainder of 2014, albeit at a slower rate.

The Dubai economy is expected to sustain its growth momentum. According to the Department of Economic Development, the GDP of Dubai will grow 4.7 per cent in 2014. Tourism, trade, transportation and real estate are all witnessing strong performance and will continue to be the main drivers of the economy.

The office market sustained its recovery as overall occupancy rates and prices have increased in Q1 2014. With occupier demand continuing to be focused on good quality space, average rents in prime locations are expected to increase with 2014 seeing a broader based recovery with increased interest in secondary office locations given the declining choice in prime locations, the report said.

The retail market continues to improve, registering rental growth in both primary and secondary malls. Street shops also continue to witness popularity with a number of new project launches.

The hotel sector maintained its strong performance supported by a growing number of tourist arrivals. Year-to-February saw occupancy rates reach 88 per cent and Average Daily Rates rise to $298. The hotel sector is expected to maintain its positive performance and growth, as the government introduces new initiatives to attract further tourists and diversify the hospitality sector.

The industrial market continued to perform well in Q1 2014. The area to the south of Dubai continues to attract most attention, given improvements to the surrounding infrastructure, good connectivity, and proximity to the Expo 2020 site.

Craig Plumb, head of Research at JLL Mena, said: “Dubai’s momentum from 2013 has carried through into the first quarter of 2014. The residential sector is leading the way with continued strong growth in both rentals and prices, while Dubai remains one of the world’s strongest performing hotel markets. Office rents have increased in prime locations in Q1, but the market remains extremely selective. Increased rents and reduced choice in the prime locations may lead to a more general recovery of the office market going forward.”

Tunisia: reported investment in industry down 29%