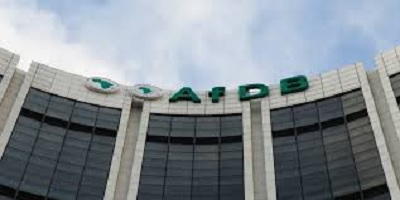 The award is a global recognition for the path breaking efforts of the African Development Bank as it transforms itself into a solutions bank for Africa, through a combination of its operations, knowledge services and investment positioning, which continue to help accelerate Africa’s development.

The award is an affirmation of the success of the operational strategy being pursued by the African Development Bank under the leadership of Akinwumi A. Adesina, who was unanimously re-elected to a second consecutive five-year term as President of the institution last year.

“With widespread expectations of consolidation in multiple sectors and all around the world, investment banks will play a leading role in reshaping the world economy post-pandemic,” said Joseph D. Giarraputo, publisher and editorial director of Global Finance on announcing the winning list.

“Companies need more than ever to understand the specialties and skills that investment banks bring to the table. Global Finance awards are a valuable guide.”

In 2020 the African Development Bank received broad recognition for responding swiftly to the needs of the African continent in the wake of the Covid-19 pandemic and for its pioneering role in the global social bond market.

In October 2020, the African Development Bank was selected in a poll of global bond market players as the best issuer for its $3 billion dollar-denominated Fight Covid-19 social bond, issued on 27 March 2020.

The Bank’s Fight Covid-19 Social bond was the largest ever US dollar denominated bond in world history, floated on the Luxembourg stock exchange, and listed on the London Stock Exchange and the Nasdaq Sustainable Bond Platform.

Also, in March 2020, the African Development Bank received the Environmental Finance’s 2020 bond of the year award—SSA category— for a successful one billion Norwegian Krone social bond issued in 2019.

It was the first social bond ever launched in the Norwegian market, and the African Development Bank’s first transaction in Norwegian Krone.

The Bank has continued to receive extraordinary support from its shareholders, including an increase in its subscribed capital from $93 billion to $208 billion, the largest increase in its capital since its establishment.

Moez Chakchouk: The Post is activating to enter virtual market

Congo moves to combat illegal logging in the Congo Basin