HomeFeatured NewsAPII DG: All social partners are called for truce of at least...
Featured NewsInterview

APII DG: All social partners are called for truce of at least 3 years 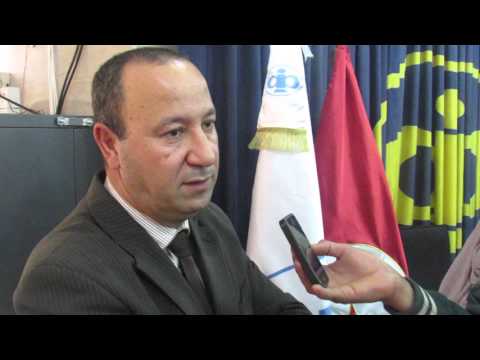 In an interview with African Manager, Director General of the Agency for the Promotion of Industry and Innovation (APII), Samir Bechouel said the evils that hinder entrepreneurship in Tunisia affect all the steps by which an investor proceeds.

He cited as an example the bureaucracy, lack of transparency, corruption and funding problems, including innovative projects.

For this reason, he called on all the social partners to end up with a social truce for at least three years as part of a win-win approach; it will obviously be accompanied by the implementation of several reforms that should apply to all the entrepreneurial ecosystem, starting with the law on investment.

On the other hand, he noted that an action plan and operational and executive recommendations are offered; they will affect all links in the chain which is the entrepreneurial system called business ecosystem.

Could political instability affect investments in the industrial sector?

Investment is a voluntary and responsible act that takes into account all the elements and components of what we used to call entrepreneurial ecosystem, and political stability is one among many others. Therefore, many factors impact on the decision to invest in one country rather than another. These include red tape, corruption, financing, the comparative benefits provided, the rule of law, the social climate, etc.

As for the decline in FDI, it is in my opinion unquestionably linked to the business climate and the difficult socio-political situation facing the country, but also to a somewhat sluggish economy experienced by the European economy, leading in Tunisia when we know that foreign investment has not as major target the local market.

Do you have any fears about this delicate situation?

The only concern for me over this situation which you call difficult is that social tension persists, hence the responsibility of all the social partners to end up with a social peace of at least three years as part of a win-win approach; it will obviously be accompanied by the implementation of several reforms that should apply to all the entrepreneurial ecosystem, starting with the law on investment.

To help public authorities to have reliable tools for decision support and making the necessary reforms in the mechanisms and procedures to support the creation of businesses, the Agency for the Promotion of Industry and Innovation (APII) has launched a study. Can you give us the results of this study?

According to a survey conducted by the services of the APII on the implementation rate of projects, which investment declarations were recorded by the different departments concerned at the agency, it turned out that this rate has dropped by about 10 points since 2011.

This rate was between 50 and 52% during the decade that preceded the revolution and it is 42% now.

Moreover, this low achievement rate is added to a death rate among companies within 3 years after their creation and may reach 80% according to a study funded by the German cooperation.

To this end, and to identify the causes that led to this situation and propose appropriate and adequate solutions allowing improving the implementation rate of reported investments and sustaining created projects, APII conducted a study on the problems of entrepreneurship.

An action plan and operational and executive recommendations will be proposed by the consultancy firm; they will affect all links in the chain which is the entrepreneurial system called business ecosystem.

Many Tunisians and foreigners are willing to create great projects and invest in the interior regions of Tunisia, but they are abused by the administration, still hampered by formalities and sentenced to lengthy wait permissions that do not come. Can you give us some clarification?

Obstacles that hinder entrepreneurship in Tunisia and that are pinpointed by all stakeholders, including developers and professional bodies concerned affect all the steps by which an investor proceeds; one can list administrative complexity, lack of transparency, corruption and funding issues, particularly innovative projects.

These obstacles are the same and do not affect only inland regions, but are spread throughout the country. To this effect the liberalization of all economic activities except those related to sensitive sectors such as security and defense is necessary to end the bureaucracy.

Entrepreneurship should be a voluntary and declaratory act in a market where self-regulation is made only by competition away from administrative control and prior authorizations.

This approach requires political will for the reform that reinvents the public-private mutual trust, giving hope to any private initiative.

The APII has launched a national competition of invention 2016. Can you give us more details?

The Agency for the Promotion of Industry and Innovation (APII) is organizing the first edition of the National Competition of Invention 2016, under the Ministry of Industry, in partnership

with the National Institute of standardization and Industrial Property (INNORPI) and in collaboration with the Ministry of Higher Education and Scientific Research (MESRS) and the Tunisian Association of Inventors (ATI).

This competition aims to put invention in the service of economic development in general and businesses in particular and to promote and publicize the inventions to stimulate a development dynamics both regionally and nationally and finally develop the entrepreneurial culture among inventors and researchers and ensure technology transfer between the world of research and business.

It should be noted that participation in the contest is free and it is easily made through online registration by completing the registration form on the website dedicated to the competition until September 26, 2016: www.tunisieindustrie.nat.tn/concoursinvention.

So is it clear that two categories of candidates having a patent or not can enter the contest, namely institutions, that is to say, any business in activity established in Tunisia (regardless of the sector of activity) namely represented by one of its leaders, and all the teams represented by their public or private organizations, working on an invention or holding a patent. The second category is independent inventors or any person of Tunisian nationality residing in Tunisia or not, who is working on an invention or holding a patent.