HomeInterviewAshraf Ayadi to Africanmanager: Tunisia could end up in situation of 1881...
Interview

Ashraf Ayadi to Africanmanager: Tunisia could end up in situation of 1881 when its sovereignty was mortgaged 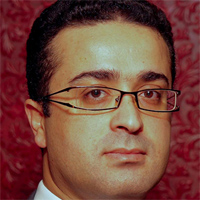 Ashraf Ayadi, banking and finance expert, resident in Paris, gave Africanmanager an exclusive interview in which he spoke about the debt situation in Tunisia and the risks weighing on the country, saying Tunisia will have contracted between 2011 and 2015, loans for a value higher than the budget of the 2015 Finance Act, i.e. more than 29,000 million dinars of which 58% in foreign currency.

The banking expert further stated that the volume of expenditure on wages will have increased by 65% since 2010, which fueled the vicious circle of inflation, while labor productivity is at half mast.

Regarding the blocking prevailing on the national economy, Ashraf Ayadi spoke of “the fact that we have delayed reforms that could bring growth and avoid as much debt.”

How do you see the situation of debt in Tunisia and the recent increases in the public sector?

Besides, we should worry of the fact that the share of foreign loans in foreign currencies in budget resources would increase from 7% in 2010 to 15% in 2015. The state no longer finances development and growth in the medium and long terms by loans, but current spending! This is evidenced by the fact that spending on wages in the budget would increase from 6.785 million dinars in 2010 to 11,197.4 million dinars in 2015, or 39% of the budget, while capital expenditure will represent only 20%! Wage increases do not provide the growth needed to have the means to repay all these debts.

Will this increase be really beneficial for public service employees?

Honestly, not at all. Through walkout and strikes, employees are sawing off the branch on which they are sitting. Wage supplements obtained at the individual level are often ridiculous (some tens of dinars monthly). But overall, the economic effect is negative.

Indeed, the volume of expenditure in wages will have increased by 65% since 2010 and helped fuel the vicious cycle of inflation, while labor productivity is at half mast. Moreover, employees do not realize that the clumsy union initiatives in education and transport, in particular, have marked forever the public opinion. You can keep digging until you reach the bottom and then the painful reforms could make them pay for both the political wait-and-see attitude and the union opportunism. They ought to make sure not to take undue advantage of the saw; otherwise the fall will be even faster.

Tunisia is still forced to borrow externally to finance consumption. Is this the right way?

Tunisia needs a stable growth in the short term and important reforms in the medium term. The keys to this growth are the productivity of investment and production factors. Let’s say we are stalling today because we delayed reforms that could bring growth and avoid as much debt. In an emergency, and under the weight of heavy foreign pressure, we will be obliged to submit to the dictates of our creditors demanding to be paid. Our leaders will then rush into austerity. However, austerity is able to consolidate public finances without generating any growth and with a social cost that cannot be borne. Note in this regard that the interest on the debt has increased since 2010 faster than the principal to serve.

It is clear that politicians, those who compete in the elections to be in power, bear responsibility. They need to understand that we cannot indefinitely buy the silence of voters with increases financed by foreign currency debts. What I fear is that at some time or another, we will have our backs to the wall and we will find ourselves in the situation of 1881: that of a country that had been so mismanaged that it had mortgaged its national sovereignty. We need to pull ourselves together, have the courage to reform and favor the public interest over that of corporatism whatsoever.

Tunisia: IMF review for third tranche of EFF from November 29...