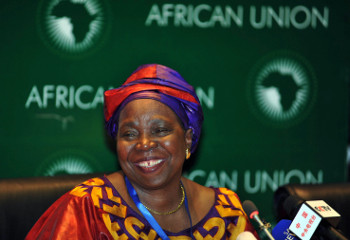 The Chairperson of the Commission, Dr. Nkosazana Dlamini-Zuma, has condemned in the strongest terms an attack that killed at least 13 policemen in the Sinai Peninsula on 23 March 2016.

The Chairperson expresses the AU’s heartfelt condolences to the families of the victims, wishes speedy recovery to the injured, as well as its solidarity with the Government and people of Egypt.

The Chairperson of the Commission appeals to the international community to renew its commitment to defeat terrorists groups, whose only agenda is to cause havoc, destruction and death. She stresses the urgency of a coordinated African and international response, in view of the increasing threats that terrorism poses to regional peace and security.

The Chairperson calls for the adoption of action-oriented approach to give concrete expression to the commitment made by the Member States to combat terrorism and violent extremism in all its forms and manifestations.

Tunisia: consumer price index rises 0.6% between April and May 2016

Tunisia: A growth rate of 4% is pure conjecture, according to...