HomeInterviewBouali Mbarki: We have not yet decided on our participation in the...
Interview

Bouali Mbarki: We have not yet decided on our participation in the social dialogue on education reform 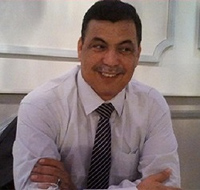 In a telephone interview, Bouali Mbarki denied reports relayed on a number of media that the UGTT had decided to boycott the social dialogue on reform of the education system, the work of which will start on April 23, 2015.

Bouali Mbarki, however, neither confirmed nor denied the participation of the UGTT in this meeting and just said that several points of disagreement should be primarily resolved.

How far social negotiations in education have made progress?

Consultations about the proposals for school teachers are still continuing and all problems will be solved as soon as possible. Negotiations on wage increases in the public sector for 2014 and the implementation of all agreements signed previously will also result in a consensus.

A great delay was observed in addressing the wage increases issue in the area of Education, why?

Yes, there are always contradictions between the views of different parties involved in the dialogue but we are determined to continue negotiations with the different stakeholders, including representatives of the Prime Ministry.

We are working to solve all the problems. We will seek consensus and reconciliation between the different stakeholders in the dialogue.

Has the UGTT really announced a boycott of the social dialogue on education reform which work began on April 23?

No, we have not decided whether or not we will boycott the dialogue, but there are indeed different views on this issue.

Will you then participate in the opening of the social dialogue, scheduled for April 23?

No, we have not yet decided on our participation. We may participate or not. Several points of disagreement and disputes should be resolved primarily with the Ministry of Education.

Tunisia: businessmen on mission in Istanbul from October 8 to 10