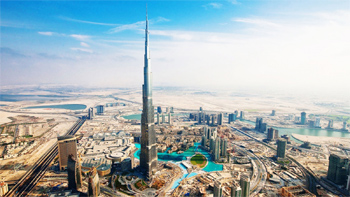 The Roads and Transport Authority (RTA) of Dubai will soon start the trial run of electric buses which will be powered only by electricity supplied by rechargeable batteries.

The electric busses will possess batteries that can be recharged up to 80 per cent in less than 30 minutes and the bus can cover up to 200 km with a full battery charge at a speed of 100 km per hour.

The RTA will coordinate with the Dubai Electricity and Water Authority (Dewa) on future steps needed for providing the infrastructure for electric vehicles.

Mattar Al Tayer, chairman of the board and executive director of the RTA, said: “This step is in line with the initiative launched by HH Sheikh Mohammed bin Rashid Al Maktoum, vice-president and prime minister of the UAE and Ruler of Dubai, themed (Green Economy for a Sustainable Development) aimed at fostering a green economy in the UAE in view of the importance of power for humans and various ingredients of development projects. The initiatives also concords with the power and low carbon strategy pursued by the Government of Dubai with the objective of making Dubai a role model in the efficient power consumption, and curbing carbon emissions.

Al Tayer added: “The RTA will embark on the pilot operation of electric buses to assess the associated environmental benefits, measure the rate of reduced carbon emissions, identify the distance covered by the bus following each battery recharge process in addition to other parameters such as the bus speed, prescribed battery life span, ability to cope with the climatic conditions of the UAE particularly during summer, engine efficiency, and maintenance costs among others. In the light of these assessments, the RTA will decide on the next step to be taken. We recall that the RTA was the first entity in the region that embarked on a trial run of hybrid vehicles (operated by fuel and electricity) as part of the Dubai Taxi fleet in 2008.

Tunisia: None of the projects initiated by ANME is blocked, says...