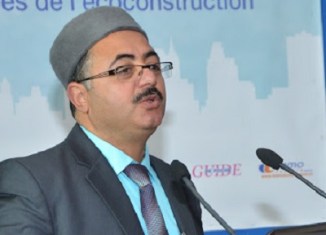 Real estate expert Faouzi Ayadi gave AfricanManager an exclusive interview where he discussed several topics including the current situation of the sector, prices and the trend for the next years. He also reviewed the “first housing” program, the initiative recently announced by Prime Minister Youssef Chahed.

What is the state of the situation in the real estate sector in Tunisia?

It is the status quo. There is a stagnation in prices and sales. No significant sales in terms of volume. The drop in prices expected by everyone did not happen, and if it existed, it is partial and only concerns a few areas.

Do you have any figures on the sales that took place?

To tell the truth, there are not many sales almost everywhere in the country. Although there are no scientific estimates of sales, it can be noted that the sector’s sales in 2016 fell by half compared to 2015. But the difference between the two years, is that in 2016, the list price has become negotiable and compared to the year 2015, prices have not changed except some adjustments in some places.

However, prices have been falling since the end of 2015 in Sfax. This decline was also seen in parts of Sousse in Hergla and Mrezgua.

What is the cause of this decline then?

In Sfax, the decline is explained by the fact that supply is greater than demand, as a result of the large number of real estate developers active in this governorate. For Hergla, it is a tourist area characterized by an important demand on the part of Tunisian expatriates or foreigners.

Unlike this governorate, other areas have seen prices rise over 2015, notably the Lake, Soukra and Choutrana.

What will be the price trend for the next two years?

Right now can we talk about economic constructions?

Yes, but demand is even greater than supply. But this does not prevent a lot of economic projects launched by the SPROLS and the SNIT and the completed projects are sold in record

time. Real estate developers are called upon to launch projects that correspond to the purchasing power of the Tunisian that generally do not exceed 200 thousand dinars.

Many criticize property developers for not offering solutions for potential buyers. And even the “first housing” project, it will serve, according to them, the interest of the developer more than the customer, what do you think?

We want everyone to be satisfied, the client and the developer. The developer is an economic player and his operation must be profitable and the opposite for the customer. We are looking for this promoter-client balance.

And is it true that this project is in the interest of the promoter?

Historically, this “first housing” initiative came from real estate developers, but this does not necessarily mean that it is against the client. This action is certainly for the promoter as much as for the customer.

Personally, I do not see any contradiction even though I knew that this initiative originated from the syndicate of promoters, but that is not a problem.

It should also be understood that the real estate developer builds for the customer, and without him he can do nothing, and this is the same for customers if there are no promoters, they cannot find where to buy. It is a positive marriage. We must not anticipate events. One must first live the experience and leave judgment for later.

Currently, there are nearly one thousand homes available for budgets of less than 200 thousand dinars. These homes are concentrated in the capital, or 20 or 25 kilometers away.

Which role for banks?

Banks are always too cautious with the exception of two or three well-engaged banks in the real estate sector. Today, to have a bank loan, it is not easy, there are many conditions to fulfill and even the product offered by the bank still remains classic. The margin it takes is very large. If you take 100,000 dinars, you will pay 150,000 dinars. It is enormous. And despite the high cost demanded by banks, they remain reluctant. In addition, insurance that can act as a donor is not yet integrated.

Are there any solutions or proposals in this direction?

Worldwide, we cannot talk about solutions and alternatives in a real estate crisis.