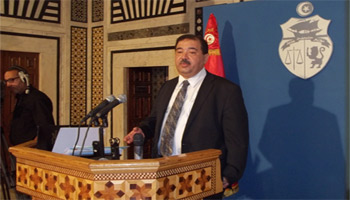 The Minister also said that 71 new companies, including 40 industrial enterprises, came into production during the first half of this year. Moreover, 120 expansion operations were registered by foreign companies. These investments have helped create about 6,750 new jobs, an increase of 9.8% over 2011 and 13.5% compared to 2010.

These figures were explained by the Minister by the efforts of the Ministry of Investment. Since the Revolution, the Department has striven to reassure foreign investors by creating a climate conducive to the smooth running of their business.

The Department intervened, for example, in 88 companies to ease tensions and resolve some security, social and administrative problems.

This is also due to a successful policy, initiated by the Ministry with its foreign partners. Indeed, a loan of 1.2 billion is being negotiated with the World Bank (WB) and the African Development Bank (ADB) with $ 500 million each. The EU will contribute, in turn, to that loan with a donation of 112 million Euros. This contribution is part of the second economic recovery program.

For its part, the Islamic Development Bank will finance a power plant in Sousse with investments of around 300 million dinars.

As for the Saudi Board for Development, it had examined, July 10, 2012, a contribution in two projects including a project for extending the network for the transfer of natural gas in several regions including those inland. Investments set for this project amount to approximately 136 MTD.

The second project concerns the development of the training system in Tunisia. The sum considered is approximately 25.5 MTD.

For its part, the Kuwaiti Fund for Development pledged to study a range of projects including the protection of the coastline from erosion in the region of Monastir. A cooperation agreement was signed between Tunisia and the Islamic Development Bank last February 27. It has covered several areas of intervention including support for major projects and assistance to the poorest families, and improving infrastructure.

In the same context, a credit line of 75 million dinars in cooperation with the Islamic Corporation for the financing of private sector and the Tunisian Fund for Deposits and Guarantees was signed. The objective is to fund employment and develop own investments for young people. In addition, there are 50 million dinars, which will be devoted to integrated agricultural projects in the governorates of Kef and Kasserine.

With the Islamic Development Bank, it was agreed to organize meetings and expert missions to present success stories in particular regarding “Islamic financial instruments.” The Islamic Bank will also support a cooperative project with Malaysia in the field of Islamic finance and “Halal” industry.

For its part, the Arab Bank for Economic and Social Development has mobilized during the first half of 2012, funding of around 330 million dinars in loans with favorable terms and interest rates that not exceed 3%. The deadline will be on 22 years with an extension of 5 or 6 months. These funds will mainly involve a contribution in the integrated development program with amounts estimated at 210 million dinars. They will also address the urgent program to support SMEs in the private sector with 75 MTD. There is also a third loan estimated at about 45 MTD which will be devoted to the creation of SMEs from the private sector.

An agreement with the Arab Fund for Economic and Social Development is also expected to be signed. This project will focus on mobilizing Northwest waters and protection of areas from flooding. The amounts mobilized for this purpose are around 400 million dinars, of which 300 MTD will be mobilized by the Fund.