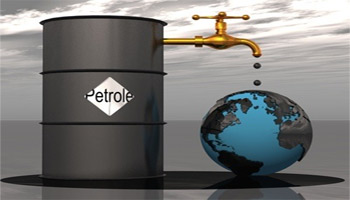 When Kuwait’s government said last month that it planned to raise domestic prices of diesel fuel and kerosene, some angry Kuwaitis took to Twitter to denounce the move as unfair.

A resulting increase in airline ticket prices will be “extracted from our hard work”, wrote one person who identified himself as Khalid Alenezi. Essa Bouresly suggested Kuwaiti consumers would end up paying for merchants’ higher costs.

Officials in Kuwait and some other Gulf states may face more public indignation in coming months. After pampering their citizens for decades with lavish cradle-to-grave welfare systems, some countries are edging towards cutting the benefits as the slide in global oil prices pressures state finances.

The austerity measures are small compared to the tens of billions of dollars of oil wealth which the Gulf monarchies are spending on welfare schemes.

In some cases, officials do not appear to be economising because they are running out of money – they are simply using the oil price slide as a political argument to persuade their citizens of the need for reforms.

But taken together, the austerity plans may be the first serious effort by the Gulf states to economise since the oil price slump of the 1990s – and they could lead to more sweeping reforms down the road.

Last month, Oman’s Finance Minister Darwish Al-Balushi told Reuters that his government was likely to start cutting some state subsidies next year, and that the oil price slide had made public opinion more supportive of this.

“I think the people would be more understanding now, more accepting. They realise that this was natural wealth that is being overused, wasted…” Balushi said.

In Kuwait, the cabinet approved a report by a committee at the Ministry of Electricity and Water on cutting subsidies for diesel and kerosene, which could hike the prices that consumers pay for them more than threefold.

“After a long time, I am really seeing some reforms on the fiscal and structural sides, and things are moving,” he said.

“Between the government and parliament I think there is a realisation that although the current development model of using oil revenues…has worked so far in realising growth, it is not sustainable in the future as global risks are increasing.”

The oil price slide has not left Kuwait close to running out of money; the IMF has estimated it needs an oil price of only $54 to balance the state budget, far below Brent crude oil’s current price of around $85.

But subsidies, mostly for energy, gobble up about KD5.1 billion ($17.7 billion) annually, or roughly a quarter of the Kuwaiti government’s projected spending this fiscal year. They waste oil as well as money, removing any incentive for consumers to limit their use of fuel or electricity, and encourage smuggling of fuel into nearby countries.

For example, Kuwaitis can fill up their gas-guzzling four-wheel drives with petrol for a mere $0.24 per litre (91 US cents a gallon), one of the lowest prices in the world, compared to some $2.01 in Britain.

The government knows the subsidies make no economic sense and may be unsustainable in the long term, but it has shied away from taking the politically unpopular step of reducing them. Now, however, it appears to be calculating that the current period of weak oil prices gives it political cover.

The country’s ruler, Emir Sheikh Sabah Al-Ahmed Al-Sabah, cited cheaper oil last week when he told parliament that it should cooperate with the cabinet to “protect our oil and financial wealth, which is not only ours, but is also the right of future generations”.

The cabinet has not yet announced any date for a hike in diesel and kerosene prices, but in a report earlier this year, state news agency Kuna estimated diesel price reform would save the government around $1 billion a year.

Few households actually use large quantities of diesel or kerosene in Kuwait; businesses are the main consumers. With a per capita income of about $48,000, among the highest in the world, Kuwaitis can easily afford higher prices.

But other reforms are in the pipeline. The government decided in September to slash the state allowance paid to Kuwaitis travelling to seek healthcare abroad, originally BD300 a day for a patient and his two travel companions, by 58 per cent.

‘Austerity policy earned Madagascar more than US$250 million in 2010’