Has the West abandoned Ennahdha or would it support BCE? 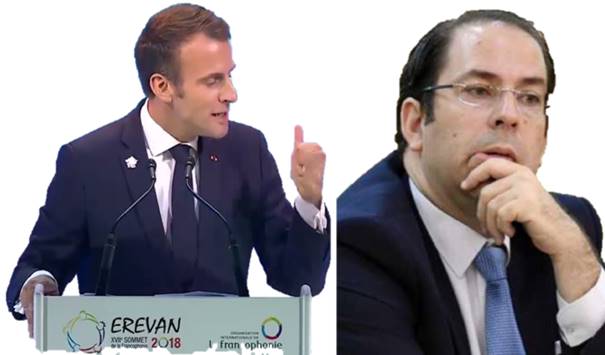 A US Senate delegation recently visited Tunisia. Little information has yet emerged about the objects and purposes of this visit.

The visit however caused much debate on social media. Not by the statements of this delegation, but by the visit which was not made to the seat of Ennahdha that has become, since 2014, the Mecca of the foreign ambassadors and the delegations of all countries.

That non-visit has been translated by a cold in Ennahdha’s relations with the US and the possibility that this cold diplomatic process will result in an outright freeze and why not putting the Islamist party on the list of terrorist organizations, being a branch of the Muslim brotherhood, in light of the new US policy of the Trump era.

This coldness, if such meaning of the non-meeting of the US delegation with Rashid Ghannouchi was confirmed, revived the internal and local debate on the Cold War between the two sides of the Tunisian Executive, the Presidency of the Republic and the Prime Ministry. The French president in any case came to put a cat among the pigeons.

In Yerevan, Armenia, where he was presiding over the opening of the La Francophonie Summit, besides the Tunisian journalist who called out “you spoke well”, it is the moment that the French Head of State was addressing his Tunisian counterpart Beji Caid Essebsi that was the most publicized on the Tunisian blogosphere.

“I want to underline the courage of President Essebsi, who, while we were living the rise of obscurantism and those who would like to lock up an entire continent in a distorted reading of a religion, stood up and with courage, and took in recent weeks fundamental texts for the right to be free, the rights of women, the right in marriage, the right in inheritance …

While all the others were afraid, while the obscurantists said he must not do it, President Essebsi did it and we have to support him in this fight. We will be there, President. Do not give in; do not give in to this fight. You come from a country where independence has been made by a great President who has educated women and men, girls and boys.

And if the 176 words of Macron were more than a tribute to mere intentions, it is important to note that France would then support a head of state who holds almost no power and that many of the ideas by which he had illustrated have so far not gone beyond the level of proposals.

Because the proposals of the COLIBE, like those of the amendment of the law on inheritance, fall under the Prime Minister’s prerogatives.

But perhaps France, not yet grasping the real future political intentions of Youssef Chahed, would have decided to support BCE, which hides badly his desire to re-run in the next presidential elections, against a Ghannouchi representing obscurantists that were quoted by Macron according to Tunisians.

Politicized to the core, reading even between words and not only between the lines and believing to be at the center of the world’s interests, many Tunisians have nevertheless interpreted this eulogistic passage to the Tunisian Head of State in his speech in Yerevan, as a direct political support to Beji Caid Essebsi.

If this were the case, the French position would have made a 360-degree turn, compared to all its ambassadors in Tunisia, since 2011.

But perhaps they also end up paying attention to everything that is said about a probable Involvement of Ennahdha in the political assassinations of Belaid and Brahmi.

In politics, every gesture counts. We would then forget the hug of the same Macron to Youssef Chahed; during his last visit to Tunisia and this “I want you to succeed” he would have told him when leaving him. But “‘Is politics nothing other than the art of deliberately lying? Voltaire said many centuries ago.

Tunisia: new tourist resort in Tozeur to be inaugurated next December...