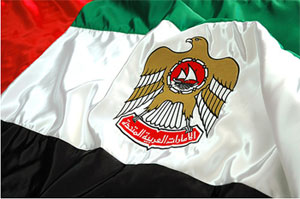 High growth SMEs proved to be a dominant force in the recently concluded 2014 Gulf Capital SME Awards, with five out of the nine winners growing by at least 100 per cent based on last year’s turnover.

Overall, winners of the latest edition of the UAE’s highly sought-after business recognition programme, reported an average growth rate of 309 per cent, and recorded a combined turnover of Dh144 million ($39.2 million) last year.

“The impressive turnover performance and growth rate of this year’s winners are a testament to the robustness of the SME sector in the UAE and an affirmation of its increasing role as an engine of growth for the economy. We salute the winners and hope that they continue their growth trajectories as opportunities continue to open up in the Emirates. Gulf Capital is focused on backing and investing fast growing companies in the Gulf region and we are proud to be associated with these winners and the SME awards,” said Dr Karim El-Solh, chief executive officer, Gulf Capital, one of the leading alternative investment firms in the Middle East and headline sponsor of the awards.

SweetBeam, the Dubai-based global leader in individual Marketing of luxury hotels and resorts, which grew 400 per cent last year won the Gulf Capital Business of the Year, DHL People and Culture of the Year, and Business Innovation of the Year awards.

The RSA Start-up Business of the Year award went to The Camel Soap Factory, manufacturers of soaps using camel milk, which last year registered an impressive 1,000 per cent growth rate – the highest in its five-year operations.

Elevision Media, a leading provider of news, information and advertisements inside elevators of premium commercial and residential towers in the UAE, won this year’s MasterCard Small Business of the Year, impressing the judges with its 688 per cent growth rate last year

Meanwhile, the Emirati Business of the Year award went to DGT LLC, a general trading company based in Dubai, owned and set up by UAE national, Ibrahim bin Shaheen. The company grew by 125 per cent last year, and is poised to take its operations internationally to Pakistan and Oman.

Launched in Dubai in 2012, Doctoruna, a doctor-patient website, has since expanded exponentially, growing 470 per cent last year, expanding its operations to Abu Dhabi and Sharjah; as well as reaching out to as far as Cairo, Egypt and Amman, Jordan. Connecting patients with healthcare providers, Doctoruna is this year’s winner of the Online Business of the Year award.

Becky Crayman, head of awards, Meed, organisers of the Gulf Capital SME Awards, said: “Impressive financial performance turned out to be a key factor in the determination of the winners this year, although all entrants were evaluated on so many different levels, including innovation, sustainability, customer focus, employee engagement, corporate culture, management style, among other factors.

In addition, each SME owner also had to present their case before an esteemed panel of judges on why they think they should be the winner in any of the 11 categories of the awards programme.”

The women entrepreneurs again took the spotlight this year, when Camilla and Lucy d’Abo, managing Partners of Dabo & Co, one of the leading communications companies in the region, were honoured with this year’s joint Entrepreneurs of the Year award.

The other individual award was given to Dr Sassan Dieter Khatib-Shahidi, CEO of leading toner cartridges manufacturers, German Imaging Technologies (GIT) of Dubai, who won in the Business Leader of the Year category.

The winners of the 2014 Gulf Capital SME Awards were congratulated at a glittering ceremony held at The Ritz Carlton, Dubai last week.

The Minister of Tourism to Africanmanager: The 2009 season was barely...

South Africa Gets Investment Awards at the Annual Investor Meeting in...