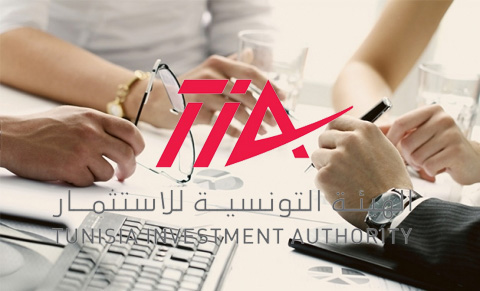 About fifty projects (projects costing more than 15 million dinars -MD-) have been reported to the Tunisia Investment Authority (TIA), until November 2020, for a total investment budget of 2008 MD, according to the investment projects balance sheet published Monday by the authority.

These reported projects whose number is up 63% compared to the same period of 2019 would generate 12,445 jobs, according to the TIA.

The amount of investment cumulated until November 30, 2020, recorded a slight decrease of 1% compared to the same period of 2019. That decrease is explained by the reporting, in October 2019, of a cement plant project for a consequent investment cost of 650 MD.

Excluding this operation, investments recorded until November 2020 would have posted a 46% increase.

The distribution of projects operating in the manufacturing industry sector shows an important part of the electrical and mechanical industries (EMI) sector with 37% in terms of investment and 57% in terms of jobs.

Ranked among the priority sectors, electricity production from renewable energies is increasingly positioned in the investment map.

With a budget of 471 million dinars, the amount of investment in the sector posted an increase of 37.8% compared to the same period in 2019.

The realization of these projects within the set deadlines would accelerate Tunisia’s energy transition plan for 2030 and would promote the development of larger-scale projects by attracting new investments.

These projects would allow the creation of 2,824 jobs or 23% of the total number of jobs to be created.

The projects reported in regional development zones cover the sectors of industry with an investment of 416.534 MD and the renewable energy sector with an amount of 125.973 MD.

Distribution of reported projects according to capital structure

Out of the 49 projects in question, 32 projects include foreign participation for an investment cost of 1,457 MD and would generate 10005 jobs.

Spain occupies the third position with 8% of investments with foreign participation.