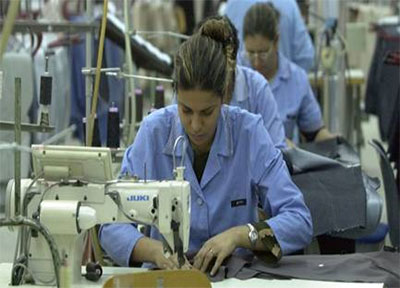 In an interview with African Manager Mohamed Mohsen Ben Sassi, president of the National Chamber of Commerce of fabrics and ready-to-wear under the Tunisian Confederation of Industry, Trade and Handicrafts (UTICA) said the number of employees working in the textile sector which was 240 thousand in 2010 has dropped to 170,000 in 2016.

This decline is explained by many factors including the increasing phenomenon of used clothing, thus slowing the growth of the ready-to-wear sector in Tunisia, he indicated.

On another side, he said that the Ministry of Trade does not endorse the responsibility for the worsening situation in the textile and ready-to-wear clothes; but all administrations and directors general are concerned.

Mohamed Mohsen Ben Sassi has put forward a set of proposals that are likely to save that sector:

Can you outline the current situation of the ready-to wear sector in Tunisia?

We have found that the number of employees in the textile sector has posted a noticeable decline. It was of the order of 240,000 employees in 2010 against 170,000 in 2016. This decrease is due to many external and internal factors.

The increase in the phenomenon of the sale of used clothing has had bad impacts on the turnover of ready to wear traders. Used clothing traders in Tunisia violate the import quota.

Do you have statistics on the number of traders who have closed their shops?

I do not have very detailed figures, but I can confirm that many traders from different parts of Tunisia have decided to close shops not only because of used clothing but also for other factors, including the economic crisis recorded locally and globally.

What are the solutions that could save the ready-to-wear sector?

We asked to meet with the Minister of Trade Mohsen Hassen for almost three months, but no response was provided by that Minister.

We are confident that the Minister of Commerce does not endorse any responsibility in the proliferation of the unorganized used clothing; it is rather the responsibility of administrations and directors general.

Administrations should be submitted to an upgrading plan. There is corruption lobbies that are active in this area and even in other sectors.

We demand the revision of the status of that sector and the intensification of control operations at all distribution channels, fight against illegal trade, and restructuring of municipalities, markets and governorates.

It is urgent to adopt an innovative scientific approach and take advantage of available skills and not just in administrations.

how to fight against smuggling?

Informal trade represents 60% of the entire economy. We must fight against this phenomenon, which weighs heavily on all high value-added sectors in Tunisia. To achieve this goal, it is necessary that all parties work together to protect the Tunisian economy.