HomeFeatured NewsKhaled Chelly: abrupt and unstudied opening of the skies could lead to...
Featured News

Khaled Chelly: abrupt and unstudied opening of the skies could lead to the disappearance of national flag carrier 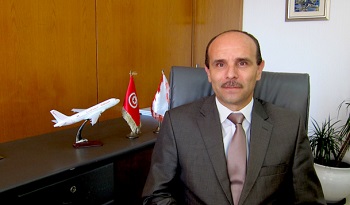 Khaled Chelly, CEO of Tunisair Express believes that an “abrupt and unstudied opening of the skies could lead to the disappearance of the national flag carrier, especially since such a decision could damage an economy already at half mast.”

“Yes to the open skies in 5 years, but this remains dependent on the restructuring of the national carrier by providing it with the same tools needed for a legal competition,” he said in an interview with African Manager before recalling that the negotiations started in Tunisia in 2007 and that the date set for the opening of the skies was in 2010, as part of a partnership between Tunisair and the European Union (EU) it was postponed until 2011 and then until 2012 and 2013 due to the revolution.

A five-year work, but why? On this issue, he said that it should be known that the European authorities have divided the issue of open skies in two phases. It starts with the signing of a horizontal agreement which stipulates the elimination of the designation by nationality of the company before and then replacing it with another European. As soon as you complete this process, the parties concerned shall enter into negotiations on the open skies or the liberalization of the airspace.

“However, we cannot currently sign the horizontal agreement and open our skies for all companies without first completing the overall agreement”, said the Director General of Tunisair Express.

Indeed, the agreement provides for safeguards in terms of economic equilibrium between the airlines, not to jeopardize the companies of the one and the other. It includes among others the upgrade of the entire civil aviation system in Tunisia, in terms of regulation, air traffic control, airports and service.

For this reason, Chelly noted that the achievement of this goal requires at least a few years of work. And he invoked the difficulties faced by a national company especially as it is not competitive with already honed and strong European airlines.

According to Khaled Chelly, the open skies have become a commitment and as operator, we will submit to a political decision. Moreover, Tunisia should benefit from the Moroccan experience that began in 2001, and that, within the overall framework of preparation.

Moroccans, we need to remember, began talks in 2006 before completing this entire package recently.

The position of the Director General of Tunisair Express comes at a time when Minister of Tourism, Salma Elloumi Rekik announced at this time on Mosaique FM that the open Skies will come into force shortly.

She emphasized the importance of this experience and the benefits that may result from it, stressing that “for Tunis-Carthage, the open Skies will take place in four years.”