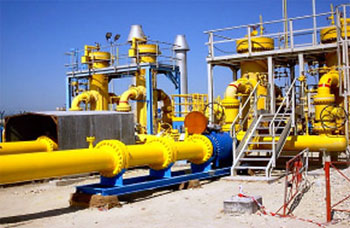 The value of oil and gas transactions in the Middle East region surged to $3.1 billion in 2013, up 15 per cent when compared to $2.7 billion the previous year led by major upstream players UAE, Oman and Iraq, said a report.

Dr Thorsten Ploss, Mena Oil & Gas leader, EY, said: “Rapid-growth markets have been, in recent years, the engine room of the world’s economic growth. This provided oil and gas companies with brighter prospects, attracting them to invest in regions such as the Middle East to supply such growth.”

In the downstream sector there were five transactions of which two were in the petrochemicals sector. This is a similar level of activity that we have seen in previous years, said Dr Ploss.

Within the Middle East refinery sector, there are a number of potential greenfield and brownfield (upgrading and expansion) projects that could drive some transaction activity going forward, he added.

David Baker, the Mena Oil & Gas Transaction Advisory Services leader, said: “There has been a recent announcement that Occidental Petroleum is looking to sell a minority stake in their Middle East oil and gas business. If this sale is to proceed, then it would represent a substantial transaction in the context of the Middle East market.”

According to him, the oilfield services transactions remain low in the region with only five transactions completed last year with three of these being located in the UAE.

“However, this was an increase from the number of transactions completed in 2011 and 2012, which were two and three, respectively,” he noted.

One significant potential transaction in the region is that NPS Energy has recently put itself back up for sale after a prior sales process fell through, he stated.

David pointed out that the level of transactions in the oilfield service sector remained modest, even though there continued to be a desire by governments and NOCs to attract oilfield services companies into the region.

“This will become increasingly important, if the developments of unconventional resources in countries such as Saudi Arabia are to proceed,” he noted.

As is consistent with the past two years, no midstream transactions were completed in 2013. This is a result of the very high level of state ownership and therefore little, if any, availability in the market.