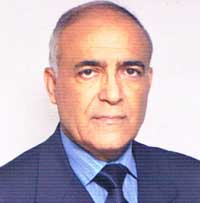 The new measures, duties, taxes, and new taxes on wages, as proposed in the context of the supplementary finance bill 2014 have been the subject of an exclusive interview given by tax consultant and university lecturer Mohamed Salah Ayari to Africanmanager.

The effect of the removal of the subsidy on the middle class, and the lifting of bank secrecy were also addressed.

How can you judge the supplementary finance bill?

However, it would be advisable not to further increase the burden of employees who bear, alone, a great burden of the Tunisian tax as long as they are liable for 45.42% of all direct taxes.

After the Revolution, the tax burden should normally be distributed evenly on various occupational categories, which is not the case today.

What are the new taxes or increases in taxes and duties provided for in the supplementary budget bill?

Increases relate to stamp duty under authorizations granted to open liquor stores and authorizations for the purchase and importation of arms and ammunition acquisition cards.

With regard to cars that are used for transporting goods, they are now subject to tariffs at the rate of 27%, but they are not subject to consumption duties.

To obtain additional revenue, the draft law also provides for an increase of consumption duties on tobacco.

The big question that remains unresolved concerns the removal of the subsidy on commodities and fuel, knowing that the price of gasoline will increase by 100 millimes as decided in the context of the initial finance law for the year 2014.

However, the decision to lift the subsidy on commodities has not yet been finally taken, because modes relating to alternatives have not yet been defined.

There is also talk of an exceptional surtax on wages, which varies depending on the size of the salary from 1 to 6 days.

The same contribution also applies to natural persons engaged in industrial, commercial, or non-commercial activities or service providers that are liable for installments, and this, under the second and third deposit, up to 20% of each deposit with a minimum of 300 D for each deposit.

And as regards the flat rate in terms of BIC and farmers, the contribution will be payable at the rate of 15% on the income tax payable in the course of 2014.

As for legal persons, they shall be liable to the same surtax rate of 20% for each of the remaining two installments, but with a minimum for each deposit equal to:

It should be noted that according to the same bill, oil companies will be subject to the contribution rate of 10% of the tax payable in the second half of 2013 with a minimum equal to 10.000D in case of lack of production.

What is the effect of these increases on the middle class, will they be really threatening as some already believe?

In case of application of the lifting of the gradual subsidy on commodities, it will have a direct impact on socially disadvantaged and middle class people. There is even risk of people taking to the streets. The reason is that after the Revolution, people expected an improvement in their purchasing power and well-being.

Unemployment, the non-application of transitional justice, the lack of solutions to create a healthy environment to encourage investment and the distribution of wealth in an equitable manner can be the cause of popular protests that impede democratic transition and the organization of elections under favorable conditions.

What are the solutions offered in return for the lifting of the subsidy on commodities?

We can consider several scenarios including wage increases, granting of vouchers or the establishment of a social identification number.

What are the favorable investment measures?

According to supplementary draft budget law for 2014, we note the existence of certain measures relating to investment incentives or providing for exemptions, such as:

– The 6% reduction in the rate of VAT on import of equipment not manufactured locally.

– The suspension of VAT in respect of goods manufactured locally acquired from the date of effective entry into force of Greenfield investments.

– The exemption of VAT on newsprint, with the elimination of the presentation of a bank guarantee or deposit of the amount of VAT.

What about the lifting of bank secrecy?

The lifting of bank secrecy is a real enigma in the Tunisian tax legislation.

This decision was taken several times, but each time, it has been postponed for several considerations.

In fact, the lifting of bank secrecy is a double-edged sword:

– On the one hand, it can cause a massive withdrawal of funds deposited with financial institutions;

– But on the other hand, it is a major handicap for tax audit services that cannot access the contents of bank accounts.

So to end this hesitation that has lasted too long, the current government, which has no political aims, is well placed to take courageous decisions including the lifting of bank secrecy that is an important step in the fight against fraud and tax evasion.

However, it would be wiser to apply this measure in a progressive manner to avoid panic and launch a campaign to explain to those concerned that the lifting of bank secrecy shall be applied, in a first phase, as part of a comprehensive audit and to taxpayers who do not declare their accounts.

In conclusion, I want to clarify that the Minister of Economy and Finance has confirmed to members of the committee: “Balance of Public Finance, Taxation and Tax Evasion,” that the supplementary draft budget law dated May 24, 2014 and that was shared on Facebook, does not bind the department and proposals are still under consideration.

You should know that, at the level of this committee, we have not yet finalized the measures to be adopted by the supplementary budget law for 2014.

Tunisia: cumulative tourism revenues down 52% as of May 10

Lebanon to Start Receiving Gas From Egypt in August