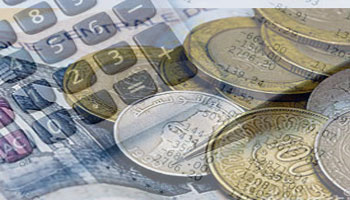 Tunisians have not long hesitated and contrary to what was feared, they responded, though not massively, at an honorable rate, to the call for subscription to the national bond that the government of Mehdi Jomaa launched in April to replenish the coffers of the state and mitigate as far as it could the deficit in its budget.

The 500 million dinars set have been collected to the date of June 12, 2014, while, yesterday, there were only 300 million dinars. Suffice to say that the last quarter of an hour was crucial to close the loop and provide the state with a small mattress allowing it to breathe a little.

Initially meant to mobilize one billion dinars, the bond was eventually revised downwards, a halving anyway, which is an indication that the government was realistic given the economic and financial situation of the country and the reluctance noted here and there and manifested by investors, but on the way and exercise, has proved unfounded.

In any case, Tunisians can be capable of solidarity. They clearly showed it by not skimping on the means. And this must be put to their credit. Especially since the state coffers were emptying by eye and doubts are hanging over the government’s ability to pay its civil servants.

Three types of loans were offered to subscribers. The first “A” for natural persons, with a nominal value of 10 dinars and whose repayment period is planned over 5 years with a year of grace. The principal of the bond will be repaid over four annual installments. This first tranche expires 2 years after the date of closing of the subscription and interest will be repaid at the rate of 5.95% per annum.

The second type of loan (B) is proposed together with a repayment set at 7 years with a grace period of 2 years. The nominal value of each bond is 100 dinars. The principal of the bonds will be repaid in five equal annual installments. The first installment will be refunded after three years from the date of closing of the subscription at a nominal annual interest rate of 6.15%.

Finally, the third type of loan (C) was set at 10 years including 2 years of grace and a nominal value of 100 dinars. The principal will be repaid in eight equal annual installments.

An interest rate or less ran!

It is essential to mention that the bond will meet only 4% of the needs of the state for that year. According to economist Radhi Meddeb, the interest rate widely publicized, namely 6% interest on the amount subscribed, is irrelevant given the fact that inflation is at around 6%. And ultimately, citizens contributing to the bond transaction may only recover the amount deposited, without interest.

By meeting only 4% of its needs, the State could not ask for better. Because even if Tunisia today enjoys a favorable opinion of major international donors, it remains that the financing capacities of these are very small in relation to demand. Moreover, borrowing from the international market has been made more difficult for Tunisia which has suspended its international rating, after the three major rating agencies had rated its credit risk as highly speculative.

Thus, the Tunisian government seemed to have heard the views and reservations of some local experts with respect to this bond. From this perspective, the idea of reducing the amount of debt to 500 million dinars against 1 billion initially announced is itself a recognition of a hypothesis developed by analysts of stockbroker Macsa, who noted that the spiralling economic crisis led to a decline in domestic liquidity, measurable to the fall in household savings from 21.7% in 2010 to 15.4% in 2013.

Macsa analysts also point out that the Tunisian bond will face the challenge of inflation that prevents households (category A) from investing heavily because a larger portion of their income is allocated to consumption. The analysis also refers to alarmist talk about the collapse of the Tunisian government and the business climate that still needs to improve.

Tunisia: Yazaki Group plans to expand to other growth sectors