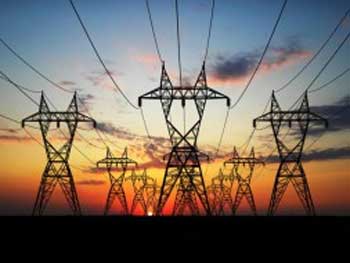 The Middle East and North Africa (Mena) is expected to invest $316 billion in power projects during 2015-2019 to meet electricity demand and more than a third of the funds could come from six Gulf oil producers, an official Arab study said on Sunday.

The investments will add nearly 156 GW to installed capacity during that period and around 43 per cent will be added by the Gulf Cooperation Council (GCC), said the study by the Saudi-based Arab Petroleum Investment Corporation (Apicorp).

But the study, sent to Emirates 24|7, warned that regional countries face challenges in executing such massive projects, including fuel availability and access to funding.

Apicorp, an affiliate of the Kuwaiti-based Organisation of Arab Petroleum Exporting Countries (Oapec), said the new capacity amounted to an annual rate of capacity growth of about 8.3 per cent during the five-year period.

A breakdown showed the 59 per cent of the total power investment will be channeled into generation projects and the remaining 41 per cent into transmission and distribution.

It also showed that total power investment, including generation, transmission and distribution during 2015-2019 is estimated at $121 billion in the oil-rich GCC, which groups Saudi Arabia, UAE, Kuwait, Qatar, Bahrain and Oman.

Investments were put at $92.1bn in the Maghreb region in North Africa, encompassing Algeria, Libya, Mauritania, Morocco and Tunisia.

Iran is expected to pump $59.6bn while the remaining $3.3bn will be spent by the rest of the Arab world, mainly North and South Sudan, and Yemen.

The study showed the GCC would add 68.5 GW to its power capacity while 42.9 GW will be added by the Mashreq countries, 17.7 GW by Maghreb, 25.2 GW by Iran and rest by the remaining Arab countries.

“Investment of this magnitude offers great opportunities but will not be forthcoming unless key issues are addressed,” the study said.

“Among these three are critical: investment climate improvement; fuel availability; and access to funding. The challenges each presents are beyond the capabilities and resources of any public utility or private power developer.”

Apicorp said the first challenge results from the perception– in the wake of the Arab uprisings– of a deteriorating investment climate in most parts of the region.

The second stems from the scarcity of natural gas in apparently well?endowed countries, while the third follows from the inadequacy of financing, it added.

“These issues cannot be resolved without supportive policies in the corresponding areas: first, by improving the investment climate and the enabling environment for private investment; second, by providing the power generation sector with stable and affordable fuel options; and third, fiscal space permitting, by increasing state budget funding of public utilities, which have become the investors of last resort.”

According to the study, public utilities in most Mena countries have been starved of funds since the advent of power sector reforms in the belief that private investors will be forthcoming no matter how volatile and uncertain the investment climate turns out to be.

“Now that these investors are marking time, utilities are increasingly coming under pressure to fill the gap with the promise of more state budget funding. This is to the extent that fiscal space is available or, in the case of the hydrocarbon?exporting countries, oil prices remain above fiscal break?even levels,” it said.

“The bottom line is that public utilities will continue to be underfunded as long as they compete for scarce state budget resources.”

Tunisia: farmers will soon have their bank