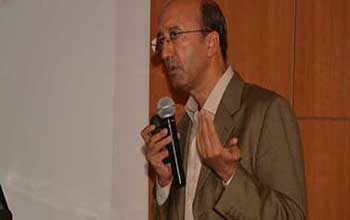 In a recent study published by stock market broker Mac sa, Moez Laâbidi, academic and economic adviser said that thanks to the “positive confidence shock” generated by the completion of the constitution and the arrival of a competent and independent ministerial team, the new government has succeeded in its charm offensive in the major areas of global finance.

He, however, noted that it remains to translate this capital of confidence in a real public investment dynamics and structural reforms that brightens the horizon of business initiative to boost private investment and limit the nuisance of populist rhetoric.

The economic expert said if at the end of the next three months, the improvement of the business climate is not confirmed very clearly and the signs of a moderation in inflation are slow to emerge, then slow growth will prevail for a long time.

He added that the entry of political actors in the electoral process will make the implementation of serious reforms unlikely. “The more time goes by, the more the capital of confidence erodes, and the more hotbeds of political and trade union protest begin to rise, driven by the electoral race.”

In the same vein but in a more aggressive manner, Moez Laâbidi said the new team will gain credibility by its bold action and not by tasteless “mini-measures” that do not address the real roots of evil.

The slogan should be: “bold reforms to restore hope,” he said.

The academic noted, moreover, that the debate on the Tunisian debt continues to fuel controversy over its sustainability, stressing that debt approaches 50 % from 40% in 2010, i.e. up 10 percentage points between 2010 and 2013.

According to him, this surge in foreign funding is due to the weakness of domestic savings, which fell sharply in the wake of January 14, 2011: “massive withdrawals and real estate and land rush, blocking of productive apparatus in some sectors, inflationary pressures, declining purchasing power, and maintaining of real rates in negative numbers,” he said, noting that all these facts have led to a fall in national savings rate from 22 % in 2010 to less than 16 % in 2013.

Moez Laâbidi also explained this by the current account deficit, which reached 8.3 % in 2013 against 4.8% in 2010. “While the crisis in the euro area was for something, it is mostly the institutional cacophony and its accompanying protest fever, wild sit-ins in the pearls of the Tunisian economy (CPG , Chemical Group , … ) and the surge of terrorism that were behind the drop in exports of goods and lower tourism revenues,” he said.

This is also explained by the decline in foreign direct investments (FDIs) , impacted by both the political and security climate and the effect of the negative announcement generated by the bad ratings of sovereign risk by major rating agencies.

However, he said, despite the rise in the debt ratio after the revolution, the situation remains reassuring. The debt ratio remains below rates recorded by comparable economies (Jordan, Morocco…). 49.1 % for Tunisia’s 2014 budget against nearly 60 % for Morocco.

Tunisia: UBCI announces 14% drop in NBI at end of June