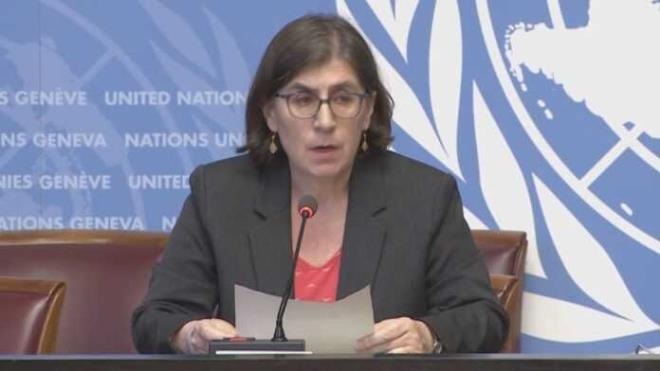 «Developments in Tunisia over the past month have deepened already serious concerns about the deteriorating human rights situation there,» the UN Human Rights Office said Tuesday.

It referred in a statement to the house-arrest imposed on an MP for the Ennahdha party and former justice minister Noureddine Bhri and former interior ministry official Fethi Beldi by the Interior Minister. Spokesperson for the UN High Commissioner for Human Rights Liz Throssell urged, in this regard, the authorities to «either promptly release or properly charge these two men in accordance with due process standards for criminal proceedings.»

She said although the men’s families and the UN Human Rights Office in Tunisia have since been able to visit them, «these two incidents echo practices not seen since the Ben Ali era and raise serious questions regarding abduction, enforced disappearance and arbitrary detention.»

She added that the actions of Tunisia’s Internal Security Forces have long been a matter of concern and one which we have repeatedly raised and discussed with the authorities over the past decade.

On another hand, the UN Human Rights Office considered that President Kais Saied’s call, after demonstrators were violently dispersed on September 1, for the Internal Security Forces to change their practices and act in accordance with the law to protect citizens and respect their rights and freedoms, was a positive step.

It, however, stressed that public commitments of the authorities to Tunisia’s international human rights obligations have still to translate into practice.

On another level, the spokesperson expressed the UN Human Rights Office’ concern about the stifling of dissent in Tunisia, including through the improper use of counter-terrorism legislation, and the increasing use of military courts to try civilians, «which raise serious concerns regarding the equitable, impartial and independent administration of justice.»

The President, who on 25 July last year suspended Parliament and assumed all executive functions, has repeatedly vowed to reform the civilian judiciary.

Throssell said, in this regard, «any steps in this area have to be in line with Tunisia’s international human rights obligations.»

She added that Tunisia has, over the past decade, made tremendous progress towards promoting and realising human rights, «which makes it all the more vital that efforts are made to preserve these gains.»

Throssell told reporters: « we urge the Tunisian authorities to continue their dialogue with the UN Human Rights Office and other UN human rights mechanisms to «ensure the reforms of the security and justice sectors that are so badly needed are fully compliant with Tunisia’s international human rights obligations.»

President Kais Saied on Monday evening said “those who were placed under house arrest were supposed to be in prison,”. He added «there are documents in the Tunisian administration and the security authorities that prove their involvement in many crimes, including passport fraud, deportation, and giving passports to those who were on terrorist lists.»