HomeInterviewPublic sector no longer able to meet development needs, according to Miled...
Interview

Public sector no longer able to meet development needs, according to Miled Achour 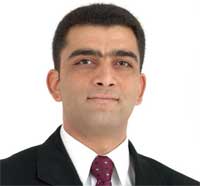 Miled Achour, President of the National Union of Public Service Advisors (SNCSP) believes that the review of nominations cited by the roadmap is not sufficient in itself to ensure a climate of trust within the administration which would be conducive to the holding of elections in the best possible conditions.

There is much talk of the review of patronage appointments in the public administration; can you clarify the position of your union about this issue?

To make a quick reminder, the SNCSP responded repeatedly through official statements denouncing the waves of partisan appointments that have been carried out in different stages at the central and regional levels

But, on the other hand, the SNCSP firmly believes that the review of nominations cited by the roadmap following the National Dialogue, though well founded and has a priority, is not sufficient in itself to ensure the establishment of a climate of trust within the administration that would be conducive to the holding of elections in the best possible conditions, and this because of several factors, namely:

First, the lack of objective concerted and well-defined criteria in the review of these appointments, the lack of an impartial structure composed of experts from the public management system that performs the review and the involvement of the same parties have made the appointments and the exclusion of the State Secretariat in charge of governance and public as well as members of civil society specialized in the administration from the process of revision of appointments.

Then the absence of the need for compatibility between the position and the profile and the lack of accountability on the basis of clearly defined mandates composed of measurable programs and results to be able to proceed later to the evaluation of the performance of appointees to various positions.

Finally, the lack of professional guarantees for officials from some bodies of the public service especially those belonging to the sphere of public management who largely meet the criteria for appointments but hesitate to stand as candidates in the absence of these safeguards that other bodies have. We have to mention here that advisers in public services were largely affected by this blatant and targeted administrative injustice.

But can we expect a real change in the performance of the Tunisian administration if this issue of the revision of appointments is resolved?

It can be argued here that the Tunisian government carries with it on one side, the origins of almost all the evils of the country, but on the other hand, has the main component of the remedy to all socio- economic ills suffered by Tunisia in this very difficult period.

Indeed, we cannot talk of economic and social development without putting in place the foundations for a modern and efficient public administration. Everybody scream loudly today that the public sector is no longer able to meet alone the needs of development, particularly in the most disadvantaged areas.

At the same time, everyone tends to forget or overlook the fact that private investors need a favorable business climate to take economic initiative and play the necessary role in the economic recovery.

The business climate is mainly based on the performance of public administration which is now suffering from a framework that is flawed at all levels whether in the legal framework, structures, human resources management, or the compensation system … and even the general orientation to focus the reform on the single axis of control does not bear fruit if we refer to the different rankings of Tunisia in the areas of corruption and climate of business.

From the foregoing, a complete overhaul of the entire system, especially at the level of redefining the sphere of public management has now become an imperative that must be started without delay. This can be done by involving all stakeholders in the development of a clear strategy based on a comprehensive vision to address the different distortions that are beginning to increase in the Tunisian administrative system in view of the war of partitioning and placement between different bodies of the public service especially in senior positions.

Speaking of the public body, do you think that union demands have affected the progress of things in public administration?

It should be noted here that the problem, in our view, lies not in the union claims which have certainly had implications on the economy but are often well-founded and legitimate especially given the blatant deterioration of the overall situation of employees, coupled with inflation and soaring prices, in addition to the marginalization suffered by several bodies for decades.

We are confident in the SNCSP that the problem lies in the manner with which administrative officials have treated the claims. On the one hand, there has been a let go in multiple issues by granting privileges to categories of employees and excluding similar categories. This has established a genuine administrative injustice due to both a lack of clear vision and objective approach in the treatment of union issues.

Worse still, some issues were personified and were treated on the basis of purely subjective considerations by officials mandated to settle them.

In the SNCSP we have lived through such an experience at our expense when we were denied our reform proposals that are beneficial to the administration before being beneficial to the body of advisers of public services though we have provided all objective arguments to support these proposals to enhance the training system and the management of human resources at central and local levels while relying on comparative experiences and international standards.

But faced with the negligence of the Prime Ministry despite all the files submitted, the personification of the issue by some officials and the targeted exclusion of the body that is composed of highly trained and skilled executives who can bring a great contribution to modernizing the administrative apparatus, we are forced again to resort to trade union pressure means that our values and culture of public service prevent us to use them consistently except to deal with the attempts of marginalization we face for some time especially the refusal to review the status that has remained unchanged for almost 30 years and this despite the signing of an agreement with the Prime Ministry.

Press Statement of the African Commission on Human and Peoples’ Rights...