HomeFeatured NewsRené Trabelsi personally commits to his 2 own TO, defends Tunisair
Featured News

René Trabelsi personally commits to his 2 own TO, defends Tunisair 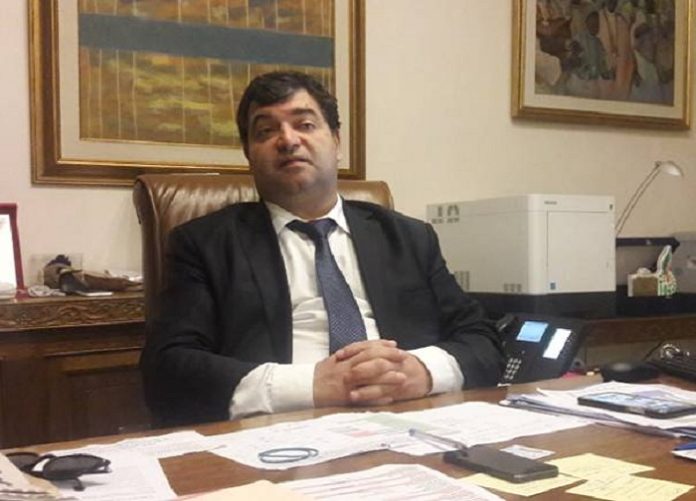 2018 will have been a good year for Tunisian tourism. Most traditional markets have gradually recovered. The destination Tunisia has slightly exceeded the 8 million tourists which is an honorable figure in view of the situation.

Among Tunisian TOs, the objective of this market is 1 million French tourists for 2019.

Otherwise, the recovery is visible on the German, Belgian and Russian markets with 600,000 today and which stands now as an emerging market for Tunisian tourism.

AfricanManager talked to René Trabelsi about all this. But also and especially about the year 2019.

What are the forecasts of the new Minister of Tourism for the 2019 season?

We are now targeting 9 million tourists, an achievable goal in our view, if all markets continue to grow.

It requires that we work and that we are already working to support and consolidate the traditional markets and work on the low and medium season from November 1 to March 31.

How is the Booking already behaving for this season and the next?

The good news is that there are many European TOs coming back and engaging on beds all over Tunisia. Second good news, the Tunisian desert is secure and the restriction for French travelers for example, has changed color since December 2018, while the red color has disappeared from Nefta, Tozeur and Tataouine, and remains confined to Libyan borders and on the side of Kasserine and Chaambi.

Moreover, all the travel restrictions were also lifted for the Belgians, as for the Germans. Markets that already engage in the Tunisian market and already rent hotels for their customers.

For the next quarter, all the lights are green, with a lot of bookings, including on the Thalasso, as well as the activity of rallies that returns to the Tunisian desert, the golf product or tourism convention, which will increase the number of overnight stays and help us reach our goals for 2019.

So you are optimistic!

If I accepted this job and I’m here, it’s because I’m optimistic.

Is there, in this optimism, a proper contribution due to René Trabelsi’s own personality?

From January 14, 2011, I made the decision to help my country, Tunisia. I remained among the few French TOs that programmed the destination Tunisia. And already in February 2011, I put a plane on Djerba with the help of Tunisair and we filled it.

We must be optimistic for a country like Tunisia which is an exceptional country. Optimism is very important for Tunisians.

Many also believe that the announcement effect of René Trabelsi’s appointment as Minister of Tourism has done a lot of good for Tunisia.

This is visible, just by looking at what the foreign media around the world have said and have, on occasion, talked a lot about Tunisia.

It was something brave on the part of the head of the government. There was a lot of daring in this decision and I greet it and that makes me doomed to succeed.

René Trabelsi stays in tourism, even though he has resigned from his businesses

I have indeed resigned from my position in the two companies I own in France. They still exist, however, and still work with about twenty people. But I do not hide that I had asked them to do better for the destination Tunisia, better than the founder himself who is René Trabelsi. We had finished 2018, with 40,000 passengers on Tunisia.

Could we quantify the contribution of Rene Trabelsi’s companies in the expected increase of French tourists?

I also think that the fact that Rene Trabelsi is at the head of the Ministry of Tourism, will ensure that the Tunisian Jewish Diaspora comes to spend its holidays in Tunisia en masse and especially during the next pilgrimage of the Ghriba.

Are you hoping for a rise in how many pilgrims for the next campaign?

We had finished at 5,000 last year. It is hoped to reach this year the 8000 pilgrims and one could even exceed this figure to bring it to 10.000 tourists pilgrims.

Is the difficult situation that Tunisair is going through likely to help achieve all these objectives for Tunisian tourism?

No, of course. But Tunisair is doomed to stand up, to restructure as quickly as possible and change its mode of governance as soon as possible, and in any case, before the start of the 2019 season and not only for tourism, but for all the traffic it brings.

Tunisair suffers and we must help and support it, as we must also support another Tunisian national flag company Nouvelair which will strengthen this year its fleet with two new A320 aircraft.

The company also has a general organizational problem that managers must address. We are following with my colleague from Transport, the situation of Tunisair very closely and we hope that the national carrier can quickly resume its aircraft from Technics, to enable it to meet the demand that will come on the Tunisian market.

At the Ministry of Tourism, we also believe that the Open Skies will be a good thing for Tunisia and all Tunisian airports, except Tunis-Carthage that will remain reserved for Tunisair, should benefit of them.

What does the Minister of Tourism think of the contents of the Court of Auditors concerning Tunisair?

It’s a disaster company. It had recourse, as elsewhere in many companies, to subcontracting. Unfortunately, all the subcontractors were integrated after the revolution, which increased the expenses of the company.

And with regard to all that has been said by the Court of Auditors on the question of safety?

If there is one thing I do not doubt in Tunisair, it is safety and when one of its planes flies, we are sure that everything has been done to make sure this trip is safe.

Did the € 1.28 billion in foreign exchange earnings from Tunisian tourism all enter Tunisia, or could some of it have been held in foreign accounts?

The figures provided by our administration are actual figures, currencies actually entered in the Tunisian accounts of Tunisian operators in the field of tourism, as evidenced by the Central Bank.

Could it not be possible for some of them to remain in accounts abroad?

Sincerely, I do not believe it. By banking all their money in Tunisia, the Tunisian hoteliers remain in difficulty. Even if they want to do it, they cannot, because they work with big international structures, so transactions are strictly monitored.

In the absence of hard evidence, I think these are just rumors and I do not see any point in paying attention.

What we could do is ask the Ministry of Finance to control the billing in relation to the entry of foreign currency into the tourist units.

From our side, we always advise Tunisian operators to always sign their contracts in foreign currency, euros or dollars.

Why not make it an obligation, which would give hoteliers better negotiating tools with TOs?

I do not know if we have the right to oblige them, because the big TO always impose their conditions to work only in local currencies and not with Tunisia besides.

Statement by IMF Managing Director Christine Lagarde at the Conclusion of...