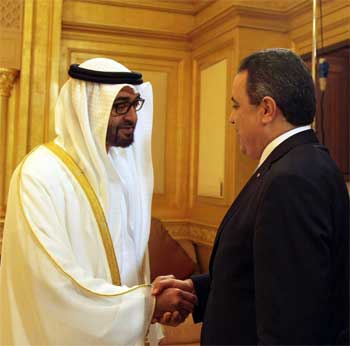 He reviewed with him relations of cooperation between the UAE and Tunisia, especially in areas of investment, tourism and trade exchange.

The Vice-President was briefed by Jomaa on the inclusive security, political and economic situation in Tunisia and the government efforts to combat extremism and promote security and stability in the country.

Sheikh Mohammed emphasised the support of president, government and people of the UAE for the brotherly Tunisian people to get out of the tunnel of social, living and security instability.

He expressed his hope for the return of internal scene in Tunisia to normalcy, and for stability, as well as cultural, tourist and economic openness to the world.

For his part, the Tunisian prime minister expressed the gratitude of his government and the people of Tunisia to the UAE for its supportive stances towards the Tunisian people economically and politically. He said that his country needed more support and assistance to ride out the current economic crisis so as to be able to hold the legislative and presidential elections by the end of the year.

In attendance also from the Tunisian side were Foreign Minister Mongi Hamdi, Tunisian Ambassador to the UAE Tareq Baltayeb and members of the delegation accompanying the prime minister.