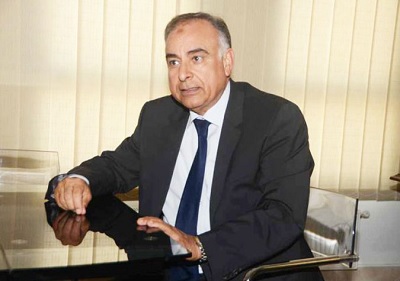 “The dinar has been artificially strengthened, but this artificial pressure that has been created around it is likely to have serious consequences.”

For Saidane, since the currency is the reflection and the mirror of the economy, it can be assumed that the appreciation of the dinar reflects an improvement of the economic and financial conditions of the country.

But it turns out that this is not the case, said Saidane who takes a stance opposite to the Executive Board of the Central Bank of Tunisia (BCT). Indeed, the latter, though does not talk about a complete recovery of the Tunisian economy, refers to a “growth of the economic activity in the 2nd quarter of 2019 and the continued easing of the inflation in July 2019”.

Nothing goes right, neither inflation nor foreign trade, nor the Dinar

The former banker believes that “in terms of economic growth, the performance achieved is extremely low. On a year-on-year basis, the growth rate was (…) 0.1% for the first quarter and 0.5% for the second, compared to the end of 2018”. And prefers to say that “this poor growth cannot justify a recovery of the dinar”.

He then recalled that the trade balance in the year 2018 was catastrophic and ended with a deficit of 19.2 billion dinars, “which largely contributed to the decline of the national currency.

In 2019, the trade balance deficit worsened by 20% at the end of the first half of the year. It cannot therefore be said that the temporary recovery of the dinar results from an improvement in the trade balance.

And while the entire Executive Board of the Central Bank recently highlighted a “continued easing of inflation in July 2019 (6.5% after 6.8% in June),” and also noted ” a slowdown in core inflation excluding fresh food products and products at administered prices (7.3% in July 2019 after 7.6% in June) although persisting at a high level”, Saidane believes that” there too the recorded inflation rates are far from serving the dinar”.

The economist explains that the last figure published by the INS is 6.7%, and that it should not be compared to the 2018, because inflation was then calculated on a different basis, which would make it a difference of approximately 0.5% and would lead to an inflation of 7.2%, “a huge inflation that does not justify the recovery of the dinar”.

Ezzeddine Saidane goes further in his contradictory analysis of the appreciation of the cost of the dinar that everyone in Tunisia notes, and quoting the IMF that “this appreciation of the dinar by the monetary authorities will complicate the task of Tunisia to secure the recovery of balance of payments imbalances. The attempts to straighten the dinar have even been called irrational.

About these attempts denounced in particular by Saidane, he first recalls the sale of Zitouna Bank and Zitouna Takaful to foreign investors, but also, that several credits were contracted, which has generated foreign exchange earnings.

He said “these receipts should have been allocated to foreign exchange reserves to strengthen them, given the country’s very high level of indebtedness. But our authorities have decided otherwise, carrying out massive interventions on the foreign exchange market, by intervening with the banks and by offering them discounted currencies, which allowed the Dinar to gradually recover.

The currencies resulting from the debts or the transfer of assets, would thus have used to invert the curve of the dinar, in an artificial way, according to the former banker who adds that it is only “the remaining part [which] has been used to increase the level of foreign exchange reserves, but all this to the detriment of another ratio, that of the external debt, which has exploded, now exceeding 100% of GDP.

This external debt costs us in interest (in interest only, and not in principal), the equivalent of 3 points of annual growth, Saidane said, accusing the authority of having “over-indebted Tunisia to realize a temporary artificial recovery of the dinar”.

“Good” news, Saidane anticipates a stronger depreciation after the elections!

In 2019, this trend to massive indebtedness continued, starting with the 700 million euro issue on the international market, which was carried out at the beginning of the year and made it possible to unlock a number of other loans.

All these credits have unfortunately not been used to launch productive investments that should allow Tunisia to repay its debts under normal conditions.

A situation that Saidane considers unsustainable and irresponsible”, all for him, in connection with the artificial recovery of the dinar.

First, according to him, “because by artificially correcting the value of the national currency, we have disadvantaged exports and favored imports.”

Secondly, we must also remember that the transfers made by foreign companies based in Tunisia in respect of the dividends of the financial year 2018, were made under conditions

that were very favorable to them, because they did so on the basis of currencies whose price was artificially low “.

And as an anticipation that could be, just as negative as the appreciation, even artificial, Saidane “assumes that as soon as the elections are over, the dinar will evolve differently and this artificial pressure will make it depreciate at a faster rate after the elections “.

“Good” news, therefore, for the government that will be put in place after the elections. One would almost, to read the analysis of Ezzeddine Saidane, almost ask that the next head of state changes direction to the BCT.

Saidane thus breaks, if what he says is true, all the logic and quantified explanation of the BCT early September on the improvement of the exchange rate of the Dinar. A discredit, which could cost the Tunisian Dinar a lot!