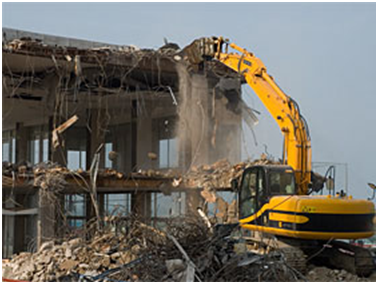 The government has failed to put an end to the phenomenon of anarchic construction. A survey carried out by the Ministry of Public Works, Housing and Spatial Planning shows that 37% of buildings in the country are not permitted and the number of anarchic neighborhoods amounts to about 1,250 across all the territory of the Republic, a phenomenon that is growing strongly.

The most affected regions are Tunis, Ben Arous, Ariana and La Manouba, areas with large zones still for urban use. The lack of basic sanitation, health services, sewage disposal canals and rural exodus are due to anarchic construction.

This disorder has caused environmental damage, due to large-scale waste dumping in inappropriate locations, lack of adequate means of solid waste disposal, as well as lack of protective curtains, including trees among others.

The precarious habitat continues to thrive, giving the surrounding cities an aspect where the urban is routed! More than one observer wonders about the extent of such a situation when all the state services have officials supposed to put their respective sectors in order.

Minister of Public Works, Housing and Spatial Planning Noureddine Selmi said in an interview with AfricanManager anarchic construction has increased in a dizzying way for years and in the different governorates of the Republic.

He added that a series of decisions will be implemented in order to put an end to this bleeding, adding in the same context that a bill on the subject will be presented to an Arab Ministerial Council and in anticipation of the next year , in collaboration with the Arab League.

The minister also said that extensive demolition campaigns were carried out and several anarchic constructions were destroyed by the municipal police, adding that many citizens expressed their commitment to the application of the law in order to preserve the harmony of the urban fabric.

It is recalled that the Tunisian Confederation of Mayors insisted on the organization of a national dialogue on “the role of the municipal police in the application of the law and the respect of municipal decisions, especially in the fight against anarchic constructions” in municipal areas in various parts of the country.

The Confederation expressed dissatisfaction with the inability of the municipal police and municipal officials to implement the communal decisions taken. Despite efforts to reduce abuses, there is still anarchic construction.

Indeed, there is no miraculous solution to fight against anarchic constructions. However, it is essential and necessary to make effective and rigorous decisions, to act quickly and effectively against this symptom of despair of the cities!

Tunisia: LuxairTours suspends all trips to Enfidha for rest of summer