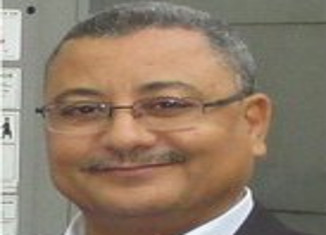 In an exclusive interview with African Manager, CEO of the “Société de Promotion des Logements Sociaux” social housing company (SPROLS), Hassen Chebbi called on the authorities to execute the judgments pronounced five years ago for the benefit of the company so that it can recover residential units illegally occupied by citizens in the wake of the January 2011 revolution.

According to him, this is a crucial step for the preservation of the company’s financial balances.

Could you tell us about the current financial situation?

The financial balances are considered good. According to latest figures, 395 homes were sold in 2015 with an estimated value of 33 million dinars. This is an exceptional year in terms of sales, especially as the figure has improved compared to 2010, considered a benchmark year when housing sales have reached 13 million dinars.

In respect of investments related to real estate development, they amounted to 24 million dinars.

Despite these figures, there is still a major problem relating to the housing stock. Can you give us more details?

These units are part of a batch of 9,985 that have been already sold. Note that unpaid from these two funds have improved from 33 million dinars in the first quarter 2015 to 25 million dinars at end December 2015.

But how to better preserve the balance of SPROLS?

Today, we do not have a thousand solutions. We are therefore forced to sell the houses squatted since 2011, which number is 141, located primarily in Douar Hicher (88 apartments and 4 commercial premises with a value of 4 million dinars) and Monastir (49 with an estimated value of 2.9 million dinars).

Have you recorded damage from the illegal occupation of these houses?

Certainly. Indeed, the delay in the application of decisions on the recovery of residential units cost us the expenses of the trial and compensation for damage caused after the evacuation of the occupants.

This repair costs about one million dinars, knowing that the investments allocated to these squatted homes amounted to 7 million dinars.

But how to explain the delay at government level to recover these homes?

SPROLS has won its cases since 2014, but to date, we still can not recover these residential units located in Douar Hicher (Manouba), Raoued (Ariana) and Monastir.

This is why we call on the authorities concerned to execute the judgments pronounced 5 years ago for the benefit of the company so that it can recover the houses illegally occupied by citizens in the aftermath of the January 2011 revolution, restore them and hand over the keys to their legal owners.

Have you faced other problems?

Our company does not have a real estate stock. Actually, we continue to buy land from the AFH or the private sector to better achieve the planned projects. That’s why a key role falls to the state, which must provide SPROLS with lands at good price so that it produces housing within the reach of all citizens.

It is important that SPROLS returns to its original mission of social housing construction while playing its regulatory role within the limits of the possible. It should be noted that SPROLS sells houses at prices 25 to 30% below those offered by other companies.

These units will be spread over several regions of Tunisia, including Nabeul, Sousse, Douar Hicher, Monastir, Ben Arous, Nabeul and Sousse.

Prime Minister of Benin takes part in the 2015 African Caucus...