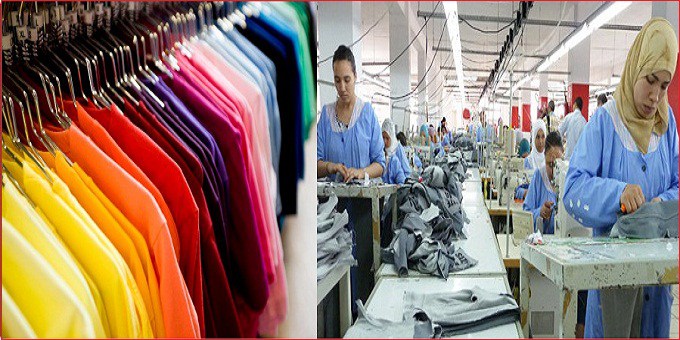 “The problems of the textile and clothing sector have intensified after the revolution as a result of the flight of foreign contractors, in addition to the problems of parallel markets and the informal economy”.

This is apparent from a recent analysis note published by the Agency for the Promotion of Industry and Innovation (APII) and relating to the textile and clothing sector.

These effects have called into question the vulnerability of this sector, considered among the most important in Tunisia in terms of jobs and trade balance.

Recognizing the potential risks, and in order to overcome the problems of the sector, the government’s efforts have grown and multiplied, but some measures and decisions have not been successful, as industrialists in the sector have not all managed the changes and could not match the reforms proposed by the government, says the APII.

Today, a sector as important for Tunisia as the textile and clothing sector, considered as an industrial heritage, continues to plummet.

Responsibility is certainly shared; it is for this reason that reform to support the textile and clothing industry must also be a collaborative process.

The initiative of the reform should be proposed by the sector’s industrialists, in collaboration with the authorities and the economic decision-makers and consolidated by the economic agents (consumers).

Indeed, according to the data published in this note, the Tunisian industrial fabric counts today 1,672 companies employing 10 people and more in the textile and clothing industry, totaling 161 425 jobs, that is to say 30% of the active companies and 33 % of total industrial labor.

The first strong point of the textile and clothing industry sector in Tunisia is that it is a sector with high employability; with more than 85% of its total workforce are permanent jobs.

Moreover it is among the highest rates in the manufacturing industry in Tunisia.

However, over the past three years, this growth in exports has slowed down, combined with a rapid increase in imports, which has led to a deterioration in the sector’s coverage rate.

Indeed, this is the highest value for this interval among the manufacturing sectors.

The regional distribution of the textile and clothing sector shows a concentration in the north-east and center-east regions.

For example, the Eastern Region accounts for about 91.7% of all firms operating in the textile and clothing industries.

The distribution of employment by size of workforce in the two regions (north and center-east) is consistent with that of the total sector, which is equivalent to a power of monopoly in the textile and clothing industries for these two regions.

These companies account for more than half of the total workforce in this sector.

On the other hand, the annual average of newly created companies during the same period is 146 companies and 14,016 jobs created per year, resulting in a negative balance of 48 companies and 4,608 jobs.

The analysis of statistics collected on private enterprises also shows that 53.3% of these companies are Tunisian companies (in most cases subcontractors) and 88.5% are totally exporters operating in the clothing industry.

These latest benefits (excluding costs) and in particular the respect of deadlines and quality standards have now become competitive indicators that give the country a comparative advantage over its competitors.

This change in the criteria of competitiveness was a normal and expected consequence of the dismantling of the multi-fiber agreement, a dismantling that changed the nature of demand of consumers who have become more demanding in the face of a more abundant and varied supply,” says the APII note.

Tunisia: over 50% of business leaders dissatisfied with last gov’t (IACE)

Tunisia: EBRD and EU inject € 3.9 million into the pharmaceutical...

CEO of Islamic Corporation for the Development of the Private Sector...