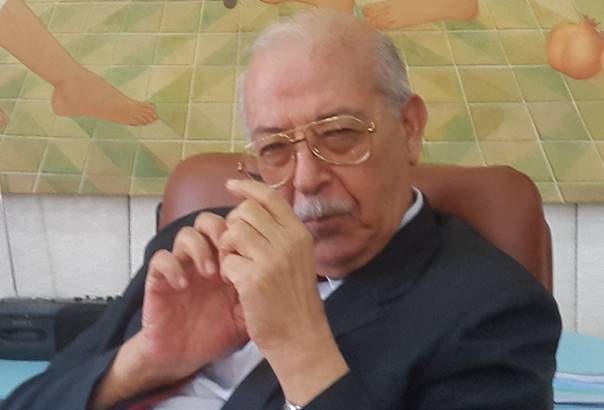 In his 84 years and a few months from the end of his tenure at the head of the BCT, the mainstream image we have of the governor of the Central Bank of Tunisia (BCT) is that of a figure frozen in the 70s, more apt and inclined to read printed newspaper (…), as said an “observer”, than to browse the Internet to learn about social media, let alone be interested in new technologies and talk Blockchain. And yet! Chedli Ayari not only thinks about it, but would like to bring BCT’s contribution to it, by a major qualitative leap. That’s what he says.

The BCT would prepare, according to our information, a new package of measures, as part of the modernization of the financial sector in Tunisia. What is it exactly?

What is currently being made is all the thinking about de-cashing and the payment terms to reduce the use of currency notes. After four or five committees, where everyone has been mobilized including the three telephone operators, we are at the stage of putting in place a matrix of measures to be taken to promote all payment methods, other than Cash, like credit card, EPT and Mobile. There are things that will be realized in the first quarter of 2018; others require more maturity.

The added bonus will be the opening of Tunisia onto the new distributive technologies that are the blockchain, the one that makes the BitCoin. But let’s make it clear, encrypted money is not our goal! The point is to master the technology that is used to do it, which is versatile and could one day, for example, be used for asset management in the market.

A committee is currently working on the organization of the Blockchain Africa Conference (BAC) to be held in Tunis in May 2018 and will focus on the theme of blockchain.

This event will have the sponsorship of the “Banque de France”.

Moreover, on December 14, 2017, the kick-off for the organization of the BAC was given through a teleconference with Arnaud de Bresson, General Delegate of “Paris Europlace”.

This high-level conference will mainly bring together governors of African central banks, multinational institutions, African finance players, academics, researchers, and Tunisian startups, for a mega brainstorming on the perspectives of this technology.

You talk about dematerialization, de-cashing, Blockchain and mobile payment; you are at the head of an institution that has so far refused solutions like PayPal and even more BitCoin

The problem is not in the PayPal with which we have difficulties relating to our exchange legislation.

On the other hand, with the help of La Poste and the three Mobile operators, which can become interoperable, we can move quickly on Mobile Payment and do a lot of things.

We are also launching a reflection on the overhaul of the concept of the credit card.

Our big challenge, even if we are lagging behind in generations of technologies like PayPal, is to take an adventurous step in technologies that require only intelligence.

Tunisia boasts and I have personally discovered a surprising number of Startup in this area, not to mention the gray matter in Tunisian sector and emerging institutional structures in Tunisia.

It is then a question of introducing Tunisia into an area of ​​know-how that does not require a prior accumulation of capital stocks that we do not have.

The Blockchain is perfect and it is not forbidden to think, from now on, about the post- PayPal, because we consider that accessing new technologies does not necessarily happen in successive steps, but in qualitative leaps.

Modestly, our vision is to bring Tunisia into this new era and enter the field of ICTs from the top without having to wait to master the bottom.

The elements that create transformative technologies, with a workstation that disconnects us from all down-to-earth repositories, inevitably raise the question of security and the litigious use of these new means.

In that report, we say that there is a danger of seeing these self-sufficient and unregulated technologies, either by the executive or the monetary authorities or both at the same time, as this is the case of BitCoin, being diverted for criminal jobs.

Should we condemn these new technologies, especially those related to the Blockchain, and behind any other new technology in any other field? We think we do not have the right!

You mentioned measures that could be taken during the first quarter of 2018. What will be the first of these measures?

Nothing is ready yet. But I think it will be the introduction of Mobile Payment. Logistics are adequate. There are three platforms for telecom operators in Tunisia and more than 12 million Mobile subscribers.

Tunisia: number of overnight stays down 60% in Djerba / Zarzis