HomeInterviewThe President of CONECT to AfricanManager : A second revolution would be...
Interview

The President of CONECT to AfricanManager : A second revolution would be economic  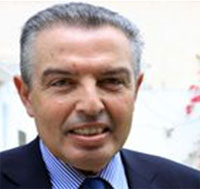 In an interview with Africanmanager, President of CONECT, Tarek Cherif said the second revolution would be economic as everyone is concerned about political and electoral considerations, noting that the economic and social revolution which all Tunisians have been waiting for a long time is coming.

He also told us that the business climate in Tunisia is not encouraging and does not reassure about the viability and safety of investments. He also emphasized that economic choices and policies have not yet been set.

1- What do you think of the business environment in which companies operate?

In our country, companies and investors have been living for three years through a particular dilemma between the existence of significant investment opportunities and job creation on the one hand, and the lack of an appropriate environment to seize these opportunities and to realize projects, on the other hand.

With its long and rich experience in the field of investment and the partnership and know-how of its entrepreneurs, Tunisia still offers interesting opportunities to create projects in all fields whether conventional or with new technologies.

As the president of an employers’ organization, I daily receive and discuss with Tunisian businessmen and foreign investors. Almost all of them talk about opportunities for expansion and launch of new projects. They also all agree that the current climate can neither encourage nor reassure them about the viability and safety of their investments.

Before speaking of benefits and incentives, the primary determinants for any investment decision are constituted by good visibility and safety. Three years after the revolution, these two factors are not always controlled in Tunisia. Instead, the transition only drags on, the dialogue is often disturbed or interrupted, economic choices and policies have not yet been determined and announced reforms on the investment code, the tax system and the banking system in particular have not yet been decided which only aggravate the wait phenomenon.

2 – Do you agree with the decision of taxing export companies?

Regardless of the basis for such a measure and the fact that it was decided in 2008 and extended since then, I think the timing is not appropriate for such a decision.

Even if the tax factor comes only in the fifth or sixth position in the investment decision, the application of such a measure in the current circumstances may be interpreted as a questioning of incentives and benefits granted to investors. The consequence can only be direct on investment and FDI.

It would be more reasonable to postpone this action especially as the country largely needs a real revival of investment rather than decisions that may further aggravate the problem of visibility.

3- 60 % of Tunisian public companies are suffering losses? Is it bankruptcy?

This figure was announced by Finance Minister Elyes Fakhfakh himself. This is a very significant indicator of the difficulties and challenges that now confront our businesses. From there to talk about bankruptcy, I think the term is not at all appropriate. Instead, this indicator should encourage all of us and in the first place the Government to support businesses through appropriate measures and incentives. The Finance Act should normally provide an opportunity for such measures.

The social climate must also be cleaned. Everyone must understand that the country can no longer bear work stoppages and disruptions and must act accordingly. It is a threat for all Tunisians without exception. We must have a responsible and citizen behavior.

4 – What are the major challenges faced by Tunisia?

In my opinion, the biggest challenge is to get out of this transition phase that has lasted too long and this as soon as possible.

An agreement on the new Government must take place as soon as possible and final deadlines for the new constitution and the holding of elections must be set. The other major challenge is that of security and the fight against violence and terrorism. These are major problems that we must face with the rigor required to save our country and prevent skidding.

5 – Can we talk of a second revolution as was mentioned by Elyes Fakhfakh?

The second revolution is economic. Unfortunately, everyone is concerned about political and electoral considerations and the economic and social revolution which all Tunisians have been waiting for a long time is coming. The result is for three years now and probably for a few next years, all of us have been forced to bear its cost.

The Finance Act 2014, with the new tax regulations there-under and that will affect both businesses and individuals are best illustration. Moreover, the longer the economic revolution takes to start, the higher will be the cost that we will bear for all Tunisians and even for future generations, particularly through the inevitable resort to debt.

6 – What do you think about the State budget for 2014? Would it live up to the expectations of Tunisians?

In the recent history of Tunisia, never has a budget raised so many reactions and controversy even before its final adoption by the NCA. Businessmen, experts and advisers are all unanimous that this budget does not meet the expectations and objectives of Tunisians, particularly in development, promotion of investment and job creation.

It is clear that the guideline of the Finance Act 2014 line is the search for quick revenue, an amount allowing to ensure the necessary financial stability, even though the country is already struggling to balance the budget of the year 2013 and the deficit for this year. Under such conditions, the objective of a growth rate of 4% would be, in my opinion, very difficult.

Personally, I think that in such a difficult situation, taking incentives to stimulate economic activity, real engine of development of tax revenues and others, is essential. We must dare to take such measures! Unfortunately, the Finance Act 2014 is virtually silent on this issue.