HomeInterviewTunisia: Government shall have margin and avoid muddling through, according to an...
Interview

Tunisia: Government shall have margin and avoid muddling through, according to an expert 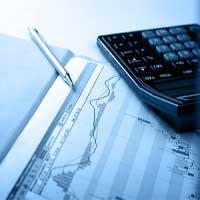 In an interview with Africanmanager, economic expert Moez Joudi said that the situation in Tunisia cannot continue anymore. This is why the government should be able to reconstitute reserves to have margin and avoid muddling through.

The Prime Minister announced a national bond to try at least to straighten out public finances. What do you think?

The national borrowing is a good thing! This helps reduce foreign dependence and additional costs due to interest rate and exchange rate differentials.

It is true at the same time that this could affect bank deposits or investments in the financial markets, but well-structured mechanisms and systems can circumvent this risk. That said, on April wages, this is not an internal borrowing the medium; they are rather fungible treasury bonds to be covered by foreign loans, including those which will be released later. In other words, this action serves to meet short-term needs and to supply the state treasury.

Does the resort to internal borrowing mean bankruptcy for Tunisia?

Not necessarily, but it refers to very serious difficulties in the financial stability of the State and the financing of its basic needs. This situation cannot last more! The State must rebuild reserves to have margin and avoid muddling through.

Is Tunisia really on the verge of collapse?

Risks have become substantial and fundamentals are affected! If the rescue and recovery are not operated within a month or two at the most, the fall will accelerate and the point of no return will be reached irreversibly!

What is you reading of the Tunisian economy?

A realistic and pragmatic reading gives us an alarmist vision in relation to the low growth and inflation of public expenditures and commitments of the state! 50 % more spending in 3 years for very low results and the creation of wealth almost zero! At one point, we can no longer move forward and it will be a vicious circle and a snowball effect that will install!

The current economic model needs to change, and so far we have not seen a dynamic in that direction or deep reflection that is engaged! Problems have become structural as a result of the incompetence and irresponsibility of policies! The Tunisian economy can not sustain chronic political and security instability or a lack of supervision or vision! Today, our watchword must be RESCUE; however, the word is still taboo among some who persist in the denial of reality and want to continue to “make money” on the back of the national interest!

So what to do in this climate marked by social unrest and the insistence of the UGTT to begin salary negotiations?

In the absence of a minimum consensus between all social partners, no serious progress could be made! The consensus is indispensable to embrace measures to be taken and implement them! The government can not do everything alone; its attempts will be in vain! Now, I am personally shocked and disappointed by the lack of responsibility and awareness of some influential players in the political and social life! Their narrow interests and little calculations come first and this is really sad!