HomeInterviewTunisia: new housing strategy to be launched in March under the...
Interview

Tunisia: new housing strategy to be launched in March under the banner of good governance, said Minister of Public Works 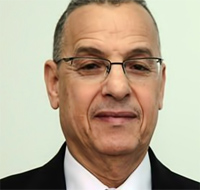 In an interview with Africanmanager, Minister of Public Works, Spatial Planning and Sustainable Development Hedi Larbi assesses the work of his department while focusing on the 2015 budget that would be better than the previous ones, but this will not be enough to meet the challenges. The network maintenance is more important than investing in new highway projects.

Recently, a consultation was launched on the new housing strategy. When could it be implemented?

We are working on two paths. It is necessary to finalize the needed architecture to ensure that it is feasible on the basis of consultations required. Similarly, the interest focuses on laws seeing that some decrees and laws need to be revised before being submitted to the Cabinet and then to Parliament.

However, there are other reforms that can be conducted performed immediately on which we have already started working. In the short term, there are things that can be simplified regardless of legislation. Indeed what is important is changing attitude to improve the capacity of institutions in this area. Also, there are other reforms that we hope to finish before the end of the year to be submitted later to the future government

I hope that the strategy will be launched by next March, and some works may be started immediately.

It should be remembered that this strategy comes at difficult domestic conditions in terms of housing. Mechanisms and programs in place are not able to meet the needs of the population, particularly limited income groups and who are not covered by the funding system.

Launching a specific program meets a strong demand and low income groups have not been able to date to access housing or even to buy a building plot. This is why the interest was to get into the program which initially targeted the creation of 30,000 units, then 20 thousand.

The program was flawed in terms of design. I think the original design was quickly developed as the implementation has encountered real difficulties.

In terms of design, the real problem is the lack of the element of property for the construction of housing. We started to identify beneficiaries and determine the number of units and the necessary funding while we did not have lands. It is for this reason that we tried to mobilize to find the lands and continued in the same process. But to date, we can build only 10,000 homes, at most. This is one of the difficulties faced and yet, we continue to work.

The second difficulty concerns the implementation of this program. I cite the case of isolated homes where we had to wait a year to find the right company that can build this kind of housing. So there was a huge time lost and we can say that it is also a problem of design.

It is for this reason that we had to change the decree not to have to go through a company to build small houses. Therefore, we will opt for self-construction by using small jobbers, small builders and small technicians. Indeed, we will begin to do so soon and this should resolve the situation.

Everyone is happy and we will start work within a month since the decree was issued two weeks ago.

Do you think it would be possible to achieve this goal before this government steps down?

Instead of waiting 5 or 6 years, we will do it in two or three years, especially with the changes that have been made. We must be realistic: this is not going to end in the coming months, and this regarding isolated dwellings.

For collective houses, we had a problem of lands and we also had another problem, that of finding those who will build them. We began by public operators such as SNIT which was assigned a portion. We have also started work on the preparation of tenders for all private operators to involve them in this approach.

Instead of working with two or three public operators, we want to work with a dozen or fifteen. We will increase the building capacity by five or six times. This approach will also allow us to save time and go fast. At the same time, we began to identify some plots of land that will be acquired to use for housing construction.

So we changed the design of this program which, despite the effort, was not unfortunately convenient to start this kind of program.

Rumors have circulated that several supporters of Ennahda received social houses. Can you clarify?

It is important to remember that there are two types of housing. There are isolated dwellings and in this regard, I can say that the beneficiaries are really poor and deserve a home regardless of their political affiliation. In fact, I have observed the procedure established by an independent team in coordination with local authorities. It has been found that they are indeed poor people who do not have adequate housing.

For those who will benefit from the collective dwellings, there is a whole procedure, including identification of land with the intervention of a regional commission that reexamines all this and then decides at the governorate level.

At the level of our department, the task is to verify that the procedures have been effectively implemented and whether the selected applicants deserve this housing. It remains that we have found some cases where people have tried to cheat to have a home and not for political reasons. Therefore, they were eliminated by the regional commissions and I can say that the beneficiaries of this program are poor people who deserve a home.

Let’s talk about blocked highway projects. Are there any further developments in this issue that affects many regions?

It is noteworthy that in highway projects, we have over 300km that are under construction. The highway Oued Zargua-Boussalem, Sfax-Gabes, Gabes-Medenine, Medenine and Ras Jedir.

The most important issue is the one related to land and also the expropriation of several lands owned by individuals. After the Revolution, this has become difficult especially as the owners of lands believe that the prices are modest. Moreover, they asked for money that we cannot pay. We had to go through a legal turn knowing that people in such conditions do not accept the application of the law, and this is very serious.

Another problem faced is the resort by employees of some companies entrusted with the project to suspend their activities for social demands. Moreover, these companies are struggling to remove these people.

We have set up a process to expedite the process of land release, in coordination with several departments and companies.

I assure you that all work on the highways is now in place. However, the pace is not the same from one to another highway. For example, the Oued-Zargua Boussalem highway advances at a high speed. And this is the same for the Sfax-Gabes Highway.

However, we have a few more problems in Gabes-Medenine Highway also in terms of land.

In the draft Finance Act 2015, we have quadrupled the budget for maintenance. I find it useful to annually double the budget during the next five years so we can have the necessary budget to maintain a good network.

Therefore, we decrease a little investment while increasing the budget for maintenance. This is a strategic move to create jobs and new wealth.

The 2015 budget would certainly be better than previous years, but this will not be enough to meet the challenges. That is why it is important to change the culture and to understand that maintenance is important.

And it can be said that good governance will be adopted in the management of public money.

Until the end of September, we had reached a rate of 58% in terms of achievements and the rest should be spent in the coming months.