HomeInterviewTunisia: No recovery in 2015 as long as reforms are not undertaken
Interview

Tunisia: No recovery in 2015 as long as reforms are not undertaken 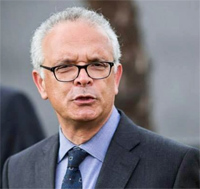 Radhi Meddeb, economic expert, gave an exclusive interview to Africanmanager in which he said that we cannot expect a real recovery in 2015, explaining that the inertia of the system makes that today’s problems require ten years of hard work to be resolved.

He said, moreover, that the national loan is primarily a drop in the ocean of the country’s financing needs.

The expert noted that the external debt of Tunisia has increased significantly over the past three and a half years, from less than 40% of GDP to almost 50%.

How do you rate the current economic and financial situation of the country?

The economic and financial situation in Tunisia has deteriorated since January 2011. From a country, too conscious of its macroeconomic equilibrium at the expense of employment, regional balance and national solidarity, Tunisia has favored, since the Revolution, consumption to investment, debt to savings, social treatments to economic reforms and, more generally, laxity to discipline and effort.

Therefore, the result was predictable: a sharp deterioration in the economic and financial situation.

This shall be added to the political crisis of the second half of 2013, which made it urgent to put an end to all these errors. This resulted in the government of technocrats and the immense hope that accompanied it. Unfortunately, very little has been done and the ship continued to sail, left to itself.

Nobody wants to hear about reforms. Vested interests outweigh the public interest. Political parties compete in populism and demagoguery. Never in the history of independent Tunisia, has the economic and financial crisis been so deep in a so pernicious political and security climate.

Unfortunately, in 2015 we cannot expect a real recovery. First, because the inertia of the system makes that today’s problems will require ten years of hard work to reverse, and then, as we have not undertaken the multiple and varied economic and social reforms the country needs, we cannot expect a real exit from the crisis. By demagogic recruitment during the years of governance by the Troika, salary increases completely disconnected from productivity, by blocking the phosphates sector and its derivatives, by the sinking of our banking sector weighed down by its bad debts, by the throbbing agony of our tourism sector weighed down by a degraded environment, an offset communication and the lack of concrete action, by the explosion of the informal economy, smuggling and trafficking of all kinds and the battering this strikes blow to the state, we move from the crisis of a development model to a profound and lasting crisis of public finances.

What growth rate must Tunisia achieve in 2014 to ensure financial balance?

More than the useful half of the year is already behind us. Our growth rate was particularly low, less than 2.5% in annual rate. Political, security, social and economic situation suggests that we will not achieve more than 3% throughout the year in the best case. This will be largely insufficient. This will increase our stock of unemployed people by some 40 to 50,000 additional jobs seekers. This will reduce the tax revenue of the State and deepen the budget deficit. This will even increase public debt. Again, the key word is reform. There will be no strong growth as long as we do not decide to remove the constraints of the inherited model: breaking the locks of rents and privileges, prioritizing investment to consumption, liberating energy, reducing market access costs, lowering the burden of the administration and creating an enabling environment for private initiative, restoring the values of work and performance, identifying modes of a greater economic inclusion and ensuring more social justice in short, giving hope to all Tunisians and particularly our youth.

To what extent can we say that the national loan will solve the crisis in Tunisia?

In any case, the bond cannot be a mode of exit from the crisis. There is a principle in finance that says resources are fungible, which means that the amount collected by the bond will help to cover some of the budget deficit and the treasury of the State. But it would have been better from a psychological point of view to announce the allocation of funds collected for specific regional development projects and infrastructure upgrades. It would have mobilized all Tunisians and each would have found a reason to contribute to a better Tunisia, not to the budget deficit bequeathed by some.

According to you, does not this loan have effects on national savings and liquidity of banks?

In Tunisia today, a lot of money are beyond the formal sector and the banking system. Domestic savings has collapsed since January 2011, bringing in its wake investment and banks. This silver gray feeds the informal economy and smuggling. The bond would by no means change this fact. We could, through a tax amnesty, coupled with a reasonable penalty, facilitate the return of a portion of this silver gray, if not black, in formal channels. It must be recognized that much of the bond has been subscribed by the banks at a time when they suffer from a profound crisis of liquidity and they are helped daily by the Central Bank at excessive levels. Moreover, it can be noted that the level of intervention by the Central Bank went up in a few weeks from 5 to 5.6 billion dinars at the very time of banks’ subscriptions and that this increase is somewhat close to the same subscription of banks.

It is therefore likely that the participation of the banking sector to the bond has been fully funded by the Central Bank, by the creation of money! That will neither promote nor control inflation or boost investment because the state funding by banks necessarily generates a foreclosure effect at the expense of the productive economy.

How do you see the debt situation in Tunisia?

The external debt of Tunisia has increased significantly over the past three and a half years, from less than 40% of GDP to almost 50%. It should first be noted that it remains at levels generally manageable. Do not forget, for example, that the Greek debt, despite its multiple rearrangements, yet culminates today at 175% of GDP. However, two recent debt developments are worrying. First, its use: loans are contracted to balance the state budget and to pay for operating expenses that do not create wealth and generate no value and the burden of repayment is left to those who will come after. Then, the maturity of this debt: it is considerably shortened compared to its history. The result of all this is that if we do not restore strong growth in 2015, we would not escape either rescheduling of our debt or the gauntlet of the Paris Club and its requirements without qualms. But unfortunately, in the absence of major structural reforms, the path of growth is hypothetical if not impossible making the rescheduling an almost foretold chronicle. But even there, the anticipation is required to avoid being disadvantaged in the lion’s den.

Some believe that the economic situation and the financial imbalances are beyond Central Bank since it affects the economic fundamentals of the country which are becoming highly vulnerable today, what do you think?

Clearly, the Central Bank intervenes in a limited number of variables. Its flexibility is further reduced. The current financial imbalances and the poor economic situation have their origin in a chaotic and populist governance but also in the climate of political and security instability facing the country for more than three years.

The Central Bank has its share in the reforms needed, especially in the banking sector, but the key is the responsibility of the government. It is urgent that we have a program supported by political forces and government officials who agree to take head-on the economic and financial problems bluntly. Nothing can be done without the support of all the vital forces of the nation, but this requires foresight, responsibility, commitment, equity and social justice. It also requires vision and action and I remain convinced that Tunisia has a great ability to rebound. Let’s be ambitious for our country.

Infrastructure and Migration: Prevention vs. Reaction