Extension of voter registration deadlines is possible, but… 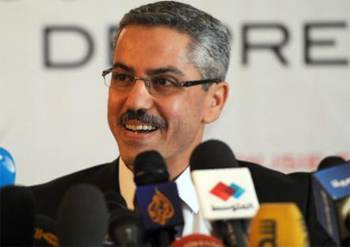 The extension of the deadlines for voter registration is possible but difficult because it involves the revision of the election schedule in its entirety. This is the conclusion of President of the ISIE, Chafik Sarsar.

Sarsar has, in this context, pointed out that the proposals made by some political parties are now subject to review in the authority’s Board and push the ISIE to provide necessary clarifications to political formations and the public opinion on the subject.

The door left open by Sarsar to a possible revision of the electoral calendar has already created a controversy. Indeed, the “Chahed” Observatory has warned the National Constituent Assembly (ANC) against any change in the schedule which will necessarily lead to a postponement of the polls.

Chahed Observatory emphasized that it is inconceivable to violate the new Tunisian constitution a few months after its adoption.

On this controversy, Kaies Saied, professor of constitutional law said in a telephone interview with Africanmanager that any change in the schedule requires prior political agreement and a legal amendment.

On the political front, Saied said the low rate of newly registered voters is a strong message sent by the Tunisian citizens to the political class meaning that the former are convinced that politicians turn to them only at election time.

“The fear of results of the forthcoming elections has forced some parties to seek to extend the time of registration, that fear is justified by the reluctance of citizens to register to vote, ” he has said before raising a dialectic between the position of the electorate sulking registration offices and political parties that fail to seduce the electorate to lead them, as a first step, to register and then convince them to vote en masse during the next elections.

Lack of responsibility of parties to voters who express their reluctance from the electoral process as a whole, said Kais Said before adding, “This was all predictable especially since the current approach is identical to the one adopted in the elections of October 23, 2011 when we had voted on lists, making these elections a matter of parties that do not involve at any moment the citizen-voter.”

For the legal aspect, Kaies Saied noted that the extension of deadlines would be considered a breach of the constitution, as Article 148 of the Constitution is clear in stating that the elections must take place within a period not exceeding the end of the year.

The proposal to extend the registration deadlines requires, according to Kais Said, the amendment of the law on the calendar of upcoming elections which has set October 26 as the date for parliamentary elections and November 23 for the first round of presidential elections.

“You can never change a law without enacting a new one in its place,” he said.

On another level, the constitutional law professor urged the ISIE to make the best decision in order to avoid risks and to meet this challenge.

Extension has its impact

Asked about the impact of such a proposal, political analyst Jomaa Guesmi expressed support for the extension of the registration deadlines to end the reluctance of Tunisians. “The proposal of some politicians is useful because it will stimulate citizens and ensure maximum transparency to these elections,” he has said.

Jomaa Guesmi believes that the benefits of this initiative would certainly be positive by ensuring the participation of a large number of voters and giving the chance of success for political parties.

Health crisis: towards increasing amount of credit line for SMEs