HomeInterviewTunisia: None of the projects initiated by ANME is blocked, says its...
Interview

Tunisia: None of the projects initiated by ANME is blocked, says its Director General 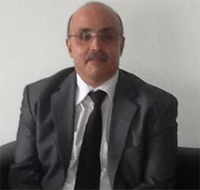 In an interview with Africanmanager, Director General of the ANME Hamdi Harrouch said none of the projects initiated by ANME in the field of Energy Management is blocked.

He also described the energy as the first problem and the greatest economic stress that confronts Tunisia. Hence, the importance of the law on renewable energy which could be considered as one of the urgent measures to be taken to mitigate the negative impact of the energy situation.

Can you draw up an inventory of the energy sector, especially that of energy management?

During the last decade, the development of the energy sector has been marked by a stagnation of energy resources and continued growth in energy demand. The energy landscape is now marked by two constraints: The first constraint is energy-related with a worsening energy deficit and dependence on imports of fossil fuels. The primary energy consumption has doubled from 4.5 Mtoe 8.7 Mtoe between 1990 and 2013, while hydrocarbon production has stagnated at around 7 Mtoe over the same period.

In 2013, the energy deficit reached 2.5 Mtoe, or about 30% of primary energy demand, the energy mix is characterized by extensive use of petroleum products and natural gas which account for 99% of national energy consumption. Similarly, the electricity mix is dominated by the use of natural gas, which represents about 97% of electricity production.

The second constraint is economic. The increase in energy prices in the international market and the depreciation of the Tunisian dinar have adversely affected the public finances:

– Energy subsidies are a heavy burden for the Tunisian economy; it reached 20% of the state budget in 2013;

Moreover, for the first time, Tunisia launched in 2013, a national debate on the energy sector. This debate showed that Tunisia must engage in an energy transition based on a transformation of its energy system (production, processing and consumption) to enhance its energy and improve the competitiveness of its economy security.

Indeed, the energy transition should be based on two priority actions, namely the strengthening of energy efficiency in all sectors of economic activity and the large-scale renewable energy.

Recognizing the need to reduce energy dependence on fossil fuels and reduce the vulnerability of the Tunisian economy to rising energy prices, ANME has strengthened its energy management policy since the year 2000.

The energy conservation law promulgated on August 2, 2004 and the National Fund for Energy Conservation (FNME) created in 2005 were the spearheads of support to boost investments especially in the rational use of energy. The main actions that have generated significant energy savings are contract-programs, the dissemination of energy-saving lamps, cogeneration and certification of refrigerators.

Over the period 2000-2013, energy management programs launched by ANME have been associated with lower primary energy intensity by 2% annually.

In the long run, the overall objective of the strategy of energy management is to ensure a sustainable energy future for Tunisia through strengthening the control of energy demand and renewable energy development. Compared to a baseline scenario, the strengthening of policies and measures for the rational use of energy is expected to reduce domestic consumption of primary energy by 17% in 2020 and 34% in 2030.

By 2030, the strategy of energy management should help avoid the consumption of 77 Mtoe of fossil fuels, 75% generated by the rational use of energy and 25% from the substitution of hydrocarbons by renewables.

In terms of job creation, the strategy of energy management is expected to create about 12,000 jobs. In environmental terms, building energy efficiency measures and the development of renewable energy would avoid 185 million tons of CO2 by 2030.

Despite the great controversy that has surrounded the draft law on the production of electricity from renewable energy sources, it was recently approved by the NCA. What about its controversial points? What added value could it bring to Tunisia especially in this economic climate?

The Act on the production of electricity from renewable energy sources, approved by the NCA on September18, 2014, had created a great controversy from the General Federation of Electricity and Gas.

To respond to the various criticisms against this law, it is important to recall that it aims to provide the necessary and adequate legal framework for higher investment in renewable energy and in order to increase the share of this clean energy in the Tunisian electricity mix.

That share is currently very small and does not exceed 4% while our country has abundant renewable resources (solar, wind, waste …) that could be exploited to reduce the deficit in the energy balance that have already reached record lows and which is getting worse from one year to the next so much that it seriously threatens the country’s energy security. This energy situation has created an acute crisis in the trade balance and the level of the state budget because of the large amounts of subsidy granted to the energy sector.

Today we can consider energy as the first problem and the greatest economic stress that confronts Tunisia, hence the importance of the law on renewable energy which could be considered one of the urgent measures to be taken to mitigate the negative impacts of the energy situation.

To eliminate differences in interpretation of the law, it is beneficial to provide the following clarifications:

– Prior to its approval by the Government, this law has been prepared and discussed in dozens of workshops attended by various relevant ministries and institutions, including in particular the Tunisian Electricity and Gas Company (STEG) which has been strongly present through representatives of its various departments.

– This Act has strengthened the position of STEG as having a monopoly in the transmission and distribution of electricity: all electricity producer whether in the context of self-generation projects, concessions or authorizations could sell electricity only to STEG and even if he realizes lines and works that should be carried out according to the guidelines of STEG, to connect its facilities to the network, it automatically will transfer their property to STEG after their completion. The requirement also applies to projects for export and even for submarine cables.

Several projects initiated in the area of energy conservation are still blocked. We can cite the case of the company TCA INDUSTRY which has proposed a project for a fuel management system. Can you shed any light on the reasons behind this blockage?

If there is an intention to grant such permission, is it possible to know the exact date?

None of the projects initiated by ANME in the field of energy management is blocked. As for the case of the company TCA Industry it should be noted that

• TCA Industry markets a fuel management solution. This solution has been approved by ANME since 2010 by granting a premium investment for the company SOTUMU.

• To promote this type of solution, ANME invited the company and SOTUMU and TCA Industry to present the project results at a seminar on the subject in April 2012 This seminar was an opportunity for TCA to establish more direct contact with 300 managers of transport companies and fleet managers.

• In May 2014, we invited TCA to introduce a fuel management solution for the deposits of SNCFT. For this reason, we organized a diagnostic visit to the deposit of Sidi Fathallah on May 30, 2014, in the presence of officials of SNCFT and TCA. Since TCA did not respond despite our reminder emails.

• No permission has been requested to date.

A meeting is scheduled for this month with entrepreneurs interested in developing projects in this sector. Nothing has been clear to date. Why?

ANME responded positively to the request of TCA on the support for the organization of a meeting with professionals in the transport sector. We have not received any information about the date and place of the event so far.

The National Agency for Energy Management (ANME) is organizing a major national campaign to control fuel consumption from September 22 to 28. What about this event and what are the results achieved to date?

During the first three days of the campaign, we found strong support from motorists. Preliminary results will be presented during the week of October 6.

What about the project of energy-saving lamps?

The project to replace 6 million light bulbs by energy-saving lamps is in preparation. A commission was created for this purpose to prepare the regulatory, financial and operational aspects of the project. The issue will be soon submitted to a Cabinet meeting.

Tunisia: volume of banknotes and coins in circulation exceeds 12.3 billion...