HomeFeatured NewsTunisia: 2015, the year of non-economy, a year “to forget” and to...
Featured News 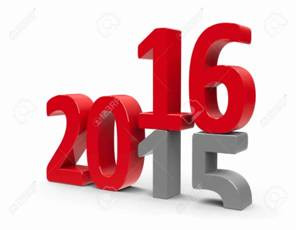 The year that ends will certainly be a year “to forget”.   One could say that 2015 has finally been the year of technical recession with almost zero growth with -0.1% at the end of the third quarter and which should not go beyond by the end of the whole year.
This “Annus horribilis” 2015 has also been that of a debt which “eats” almost 54% of the entire gross domestic product. It is also of a payroll accounting for almost 14% of the same GDP, without this producing any growth since Tunisia was in technical recession since the second quarter.
2015 will have been also the year of the non-economy. It is indeed a bloated government that has small regard for saving funds in an increasing budget, always in spending and never in investment.
A too spending government, in the wages of its employees which have increased by over 1.3 billion TD in a year. A 2015, year of non-economy, too, in the sense that everything done for a year favors the social at the expense of the economic component and this has lasted since 2011.
There is also an absence of any vision in a government economic approach, always called into question by the opposition that does not manage to change the growth pattern, calling for reforms and opposing them when it tries to undertake them, as in the case of the Finance Act 2016.
“The “Annus horribilis” that ends…
More concretely, although we have so far only figures for the first eleven months of 2015 found in the latest monthly report of the Central Bank, “the general index of industrial production continued to fall at a faster pace, or -1.7% against -1.2% for 2014.
Deterioration of mineral production (-27.7% against 22.4%). Continued decline in energy production (-5% against -7.3%). Stagnation of manufacturing production.
Regarding tourism, indicators continued to decline in November. Total overnight stays went down 52.2%. Foreign tourist arrivals declined 23.1% and tourism revenue fell 57%.
In connection with the decline in tourism, air transport posted a passenger air traffic decline of -18.6% yoy in November 2015, down over 3 points compared to last year.
At the end of 2015, there is also a trade deficit of 11.2 billion dinars. A fiscal disarray somewhat offset by lower international oil prices. Labour income decreased 5.3% to 3,451 MTD. Accordingly, it is a current account deficit of almost 8% of GDP.
Regarding net foreign currency assets, they melt like snow in the sun. They stood at 12,473 MTD at the end of November, against 13,097 MTD and 112 days of import, at the end of 2014. The value of the Tunisian dinar melted too.
After the first eleven months of the year, the dinar depreciated by 10% against the dollar and appreciated 3.4% against the euro. The Dinar remains more than twice cheaper than the Euro which nevertheless accounts for over 80% of our trade.
Side inflation, yoy, it reached 4.3% in November 2015. But, in the words of the Governor of the Central Bank, “An inflation which drops with decreasing growth, this is called deflation”.
This is explained by the deceleration of the increase in prices of manufactured goods (4.4% against 5.3%). As for the inflation rate for food products, it has maintained the same pace of the previous month, or 3.4%, while the rise in prices of services rose 4.8% in October 2015 to 5% in November.
Following these developments, the average inflation rate for the first eleven months of the current year amounted to the same level as that recorded in the same period of 2014, or 4.9%.
Inflation of products called regulated (5.7%) gallops faster than that of free goods (5.1%).
The money is increasingly scarce and increasingly expensive. Banks lack liquidity. At issue, among other factors, the slowdown of the rate of evolution of outstanding bank deposits over the first eleven months of 2015 (2.6% against 7.2% a year earlier), due to the moderate increase in time deposits and the decline in certificates of deposit.
… And the Annus mirabilis we are promised!
It is all that the Tunisian economy in 2015. This is also the image offered by the Tunisian economy at the end of the first year of the 5th government after Ben Ali. This is also the assessment of a first year of the government of the second large coalition government in Tunisia since the troika. A government which promises a 3% growth in 2016, having failed to do the same a year earlier.
A government that is struggling to restart an economy that no longer turns round, with a working class that no longer works, not let others work and always asks for more wages. A vision of development which is not economical, since the latter remains based on growth that comes only by producing and more productivity.
But 2015 will also be a year that the Tunisians will regret, as all economists agree that 2016 will be economically more difficult. But we are not frightening. No one at Essid’s government will paraphrase Winston Churchill, when he declared, May 13, 1940 before the House of Commons, “Blood, toil, tears and sweat” to seek support from his government .
Share
Facebook
Twitter
Linkedin
Email
WhatsApp
Viber
Pinterest
ReddIt
Tumblr
Telegram
Digg
Mix
Print
Previous articleTunisia: trade balance deficit narrows (BCT)
Next articleKamel Jendoubi speaks out: “suspicious funding comes from the Gulf and Europe”

Revenue collection falls by 42% in Nigeria