HomeInterviewKamel Jendoubi speaks out: "suspicious funding comes from the Gulf and Europe"
Interview

Kamel Jendoubi speaks out: “suspicious funding comes from the Gulf and Europe” 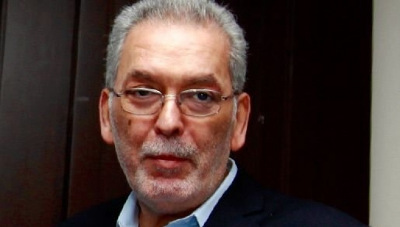 Kamel Jendoubi, the Minister to the Prime Minister in charge of Relations with the Constitutional Institutions and Civil Society, gave African Manager an exclusive interview in which he spoke of public financing and external funding received by associations to finance terrorism and send young people to conflict areas.
Kamel Jendoubi, on another part, denounced the lack of a commission to investigate suspicious associations as well as the lack of coordination between administrations concerned.
He said, moreover, that the associations in Tunisia receive only 15 million dinars under public funding, considering this amount ridiculous and scandalous and calling to exempt small associations from tax and exclude sports ones from government funding.
The number of associations has been increasing after the Revolution, how can we explain this?
We currently list 18,465 associations Tunisia of which more than half were created after the Revolution, more specifically between the period from October 2011 to January 2012. The other emerged after the Revolution, particularly during the period between October 2011 and January 2012. The increase in the number of associations created after the Revolution is explained by the fact that Decree No. 88 had made associative work free.
During that period, the creation of an association was no longer subject to the authorization of the Interior Ministry but rather on a declaration deposited with the government, which will give a delivery note within a month, entitling the association to carry out its activity from the date of deposit of the declaration.
Is Tunisia now able to control this large number of associations?
No, the state would not be able to control this large number of associations because of the absence of a commission responsible for investigating suspicious associations, including for example the media. We also note the absence of a hotline for citizens to inform the parties concerned in case of abuse.
It is said that public funding is used for suspicious cases. How to disentangle fact from fiction?
All information circulating on public funding are devoid of all truth and it is too difficult to use public financing in suspicious cases because of the low funding for associations. We have prepared a report and submitted it to the Prime Minister and in which we stated that public funding is too little or even shameful. In 2015, for example, the state had allocated 106 million dinars for public funding. In contrast, much of it is absorbed by the Tunisian Union of Social Solidarity (UTSS), mutual societies under the government and with special needs. Associations had received only 15 million dinars.
In general, the number of associations that have committed abuses is still unknown. Add to this, the inadequacy and unavailability of information on the nature of activities carried out by associations. In total, only 1,832 among 18,000 associations submitted their reports for the year 2014 to the Court of Auditors.
Do associations really find difficulties in finding financing?
Funding is a major handicap to small associations. Add to that the tax problems since associations are called every month to report their spending and pay taxes. Thus we request to exempt small associations from tax and exclude sports associations from public funding as they receive financing from the Ministry of Sport and Youth.
Some associations are accused of corruption and suspicious financing to the point that the turnover of some associations sometimes exceeds 1 MTD. To what extent can we say that this is true?
Before talking about corruption, we need to explain that according to Decree 88 of Article 13, formed associations have the right to litigation, transfer and freedom in managing their own resources and assets. They may also accept donations and assistance.
We must also say that we have not a clear legal framework organizing associations particularly with regard to verification of their sources of funding. Add to this a lack of coordination between the administrations concerned.
At the legislative level, it should also be noted that suspicious funds do not pass through legal channels and the largest part of suspicious financing does not come through the current accounts of associations.
Are there any associations involved in suspicious funding?
Yes. In a report received from the Financial Analysis Committee within the Central Bank of Tunisia (BCT), it was found that the number of corrupt associations does not exceed 1%, but this can still pose a danger to the country.
The report of the BCT further revealed that all corrupt associations are religious or charitable.
The same report indicated that the turnover of some associations is between 100,000 dinars and 3 million dinars and that funding is at 100% from abroad coming from non-profit organizations that are largely in the Gulf and in Europe and to a lesser extent in Africa. Suspicions of corruption have involved terrorist financing and sending of young people in conflict areas as well as money laundering.
And how the state can punish the corrupt association?
Referring to Decree 88 in Article 38, it is impossible to freeze bank or postal accounts of associations except by court order, which means that the State which is represented by the General Secretariat of the Government can neither close nor freeze the activities of any association. Furthermore, following our request to close 167 associations, the court has responded only to 65 requests.
We have also asked to dissolve 60 other associations but the court has responded to only one application by declaring the dissolution of only one association, namely the Revolution Protection Leagues (LPR).
That is why we have submitted a request to the Prime Minister to give us more authority and allow us to suspend or at least to notify the corrupt association pending the court judgment.
Share
Facebook
Twitter
Linkedin
Email
WhatsApp
Viber
Pinterest
ReddIt
Tumblr
Telegram
Digg
Mix
Print
Previous articleTunisia: 2015, the year of non-economy, a year “to forget” and to regret too
Next articleTunisia: more than 3,000 guest workers hired abroad