Tunisia: A big financial arm, with 5 billion TND of assets, and structuring projects. It’s the CDC 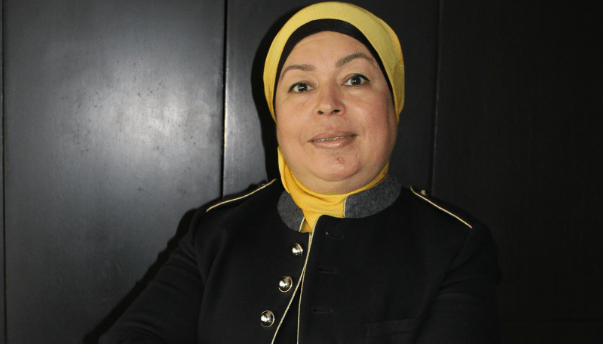 Great financial institution although it does not have the statutes, Public company, without being under the supervision of the Ministry of Finance, the Deposit and Consignment Fund (CDC), is little known, although it is the most big financial arm of the government. It is five years old and Boutheina Ben Yaghlane is the second CEO.

With its 5 billion DT, it is also the company that has the biggest asset in the place.

Profit-making, it invests and fructifies La Poste’s savings. In its cards, public-private partnership (PPP) projects of great scale. But also, a fund of funds for start-ups that awaits the agreement of the parliament and a similarly large fund for renewable energy. It is about all that that she spoke to AfricanManager.

Is there money at the CDC; where does it come from and what is it used for?

I will say it, as directly as your question, yes. The CDC being the financial arm of the state, it has been entrusted with the mission of securing and fructifying essentially the money of postal savings and consignments.

In total assets, this exceeds 5,000 MD and in net equity, this represents 257 MD with a net result for 2016, beneficiary of 59.3 MD, with an evolution of 65% compared to 2015 where we had made a profit of 33 MDT, thanks in particular to a reversal of provisions on commercial paper for Bina Corp.

By decree, we can not in any case use more than 14% of national savings. The CDC is already investing less than 10%. Our investment exceeds 300 MD, in actions of support to both public and private initiative through FCPR, equity mutual funds to boost the stock market, in listed projects and bonds.

We generally want the CDC not to get involved in the financial rescue of public companies that go wrong?

The Fund participates in equity in investment opportunities that must be profitable in the long term. As we use sacred resources, we are not allowed to fund projects that would cost less than our resources. This is our investment model, which must respect prudential management rules.

Are you saying that trying to save public companies in difficulty poses a risk to the CDC?

For public companies, we have no problem getting in there. But the discussion that has been made at the level of the Prime Ministry in this regard is that the Fund acts indirectly through the establishment of a fund for the restructuring of public enterprises.

In fact, state enterprises do not only require financial support, but especially some restructuring.

The CDC has agreed to finance this fund, up to 50% in this fund of 1,000 MD. The final decision will have to be taken by the government, which is certainly in discussion with the social partners. We had been consulted, as a public actor, and we had given our opinion and we are ready to participate in the rescue of public companies.

In 2013, the CDC intervened to save Carthage Cement and save the money from the banking pool by injecting 42.3 MD into Bina Corp.

If you had to do it, which state enterprise or which sector of activity would you choose?

After updating our investment strategy, we want to be, in the first place, in structuring projects, such as ports, airports, hospitals, desalination…

You are, meanwhile, nowhere, except for the deep water port of Enfidha, while we see foreign investors interested in these projects…

The CDC is already a partner, in institutional PPP, in the cluster project. The two projects in contractual PPP, which are in preparation for this year at the CDC that will be in the financial round, are a seawater desalination project in Sfax and another sanitation project in Gabes.

You are not in photovoltaic projects, like the one in Tozeur. Why?

We have not been solicited. In fact, there are two ways to do it. Either we look for the projects ourselves and we do it, or we are solicited.

For renewable energies, which are part of our strategic axes to support major transitions in the country, including ecological energy and digital, we are in the final phase of setting up, with Steg Renewable Energy, a fund for renewable energies that could not be less than 100 MD.

We are in the process of setting up a fund of funds for start-ups and innovation for € 100 million. The CDC will enter in this fund with 20% and look for other funders who will be in a common round to fund other funds, in “early-stage” or “later-stage”, once the regulation for start-up will be adopted by the parliament.

We will thus offer the best financing vehicle to our “startuppers”. In fact, before going into any project and appealing to the funders, there is some preliminary work to do upstream.

When we see today that the regulatory pillar is still in place, it is a handicap to us, and that is the case with the PPP. It has been in existence since 2015. However, there are some

There is a work of training, awareness of our institutions, which should have been done in advance, because the project approach is different, between funding of projects by donors and PPP financing.

That’s why, for desalination and sanitation projects; we are talking about educational projects. In the end, the law is one thing, concretization is another…

And whose fault is it? Is it the Administration’s?

… I do not attack anyone. I am simply saying that we must prepare the ground for a proper implementation of any law. Alone, the latter is useless. Things must be done concomitantly and sometimes it takes a little too much time.

We have a law for PPPs, but no PPP contract projects, because their implementation takes time.

For the digital transition, we are thinking about law and financing at the same time, the regulatory pillar and the financial pillar, and that will help us save a lot of time. That’s all the work the CDC is doing. To become a trusted third party, it takes time.

Today, the partner banks, our network of management companies and our institutional partners, trust us.

The seed is planted, the results will come. Thus, for example, our program “Anava Tunisia”, which will be financed, in part, through the fund of funds of € 100 million which will finance a dozen funds that will in turn finance the start-up programs, especially technological.

In this regard, we are in the process of preparing the specifications, the criteria and the rules to respect to make these start-ups succeed.

We expect it to become effective in mid-2018. However, we still expect the vote of the project of the new regulatory framework of start-ups by the HPR. That framework will make, for example, the difference between SMEs and start-ups, with special tax measures and regulations.

You are using the money of Tunisian savers to invest. Are you planning to remunerate their money?

In 2013, a tripartite contract was signed between La Poste, CDC and the Finance Ministry governing this remuneration report. The agreement says that La Poste’s resources are made

available to the CDC, which remunerates this savings. It does not mention a remuneration other than the one it receives from La Poste.

We aim to benefit investors with our profits and we work with La Poste on the implementation of new common products, among others, which should generate better compensation for savers.

They will be reinvested. Even though it is a public company, the CDC is not governed by the law of 89 for state enterprises and is not under the supervision of the Ministry of Finance and is not sovereign in the choice of projects in which it invests. We are currently working on the 2 projects in PPP, desalination and sanitation and we made our entry into the capital of Enfidha deepwater port project.

What are the CDC’s projects that will materialize in 2018?

First, the fund of funds for start-ups and then, the fund of renewable energies. We should close them soon and that will be the pride of the CDC.

We will not forget the next two PPPs, desalination and sanitation. Come back to see me in January 2019 (a small laugh that says a lot about the pretentions of the president of the CDC).

EU and African civil society is ready to cooperate in tackling...