Tunisia, a customer that his bank can not let down… 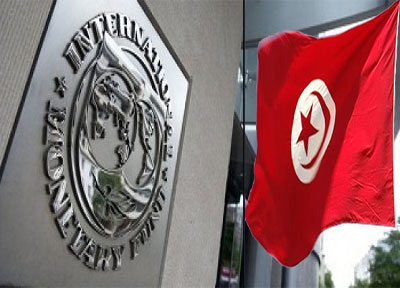 Any expert who manages the feat of giving us the trajectory of the Tunisian economy in the short or medium term is a clever person. Indeed, not to increase the drama, it will be enough to conduct a pretty fair reading of the current situation.

Vice President of the Arab Institute of Business Managers (IACE), Walid Belhadj Amor attempted it on Thursday, April 21 on Express Fm. But it is clear that he rather left us wanting more. However, in his defense, other economic or financial experts have not been more successful.

If it comes to the words of the vice president of IACE, we have retained an essential thing.

He said that if Tunisia was able to conclude a new loan agreement of $ 2.8 billion over four years with the International Monetary Fund (IMF) it means the jasmine country still inspires IMF confidence.

We would not formulate the case that way. In fact between Tunisia and the IMF, it is no longer a matter of trust, but assistance to a country in danger. Indeed, the IMF has no choice, it’s either getting Tunisia financially back afloat, or establishing the clinical death of the patient, and with it the loss of all claims. This is unthinkable for any self-respecting banker. Now the IMF is, before all, a bank. A super, mega bank but still a bank, with all reflexes, tics and foibles of these very special institutions where the key word is maximum profit.

Therefore, the Washington-based institution is forced to infuse the patient – Tunisia – to make sure he stays alive … and it can restore the colossal sums that were lent to him. It is a matter of pragmatism, not philanthropy, or any humanitarian impulse. No more no less.

And then if you look at things from another viewpoint, geostrategy – because behind the IMF there are States shareholders – here also the IMF has no choice but to support Tunisia. You may imagine the explosions from a shipwreck of Tunisia, a country on which many have relied so much to serve as a beacon to the regions – Maghreb, sub-Saharan Africa and the Arab world – where freedom, democracy and the rule of law are unfortunately often abstract concepts?

But the fact is that the IMF is becoming more demanding with Tunisia and wants a battery of deep structural reforms in exchange for opening the valves. Indeed, deputy, member of the Finance Committee at the House of People’s Representatives and former Finance Minister Slim Besbes, was not mistaken when pointing on Wednesday, April 20 to the reluctance of the IMF to the Tunisian requests. Tunisia currently does not show much its ability to put in motion the reforms demanded by its lenders. And the IMF will surely remind it to do it at the May 13 meeting. It will this time convey it with a much firmer tone?

Soft focus that can not last

Tunisia was saved in extremis from the danger of a hazardous borrowing from the international financial market to get the money it desperately needs to make its economy work. Indeed borrowing that way from the international financial market is like turning to a loan shark when the bank cuts your supply. The immediate punishment is a disproportionate increase in the interest rate, since the lender knows that the applicant has no other choice but to accept the conditions imposed on it.

This is exactly what was hanging near Tunisia, with an interest rate of 5 to 6% on the international market, it is said. This disaster was prevented by the Americans who have made an amount of $ 500 million available to Tunisia.

However, Finance Minister Slim Chaker has already taken date and said borrowing from the international market is not canceled, but merely postponed.

Presumably he already has his accounts and knows that half a billion dollars will be quickly swallowed up by the astronomical public expenditure, and that the next IMF loan, the $ 2.8 billion, will suffer the same fate.

Therefore, Tunisia will ultimately, at one time or another, try the adventure of the international market. That is currently the ultimate horizon of the Tunisian authorities: Borrowing instead of seriously considering restarting the economy to reap tax revenues, foreign currency, social contributions of hired unemployed, etc. Until the donors signal the end. And it won’t be long before they do!

Tunisia: Zenith secures $2.1 million in financing for its local operations

Tunisia: number of tourists in Mahdia set to decrease in September...